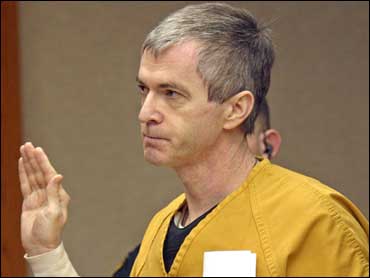 All-Star defenseman Nick Lidstrom, torn between an NHL career and the desire to raise his children back in Sweden, agreed to a three-year, $22 million contract with the Detroit Red Wings.

"With Nick in the lineup, we are a legitimate Stanley Cup contender and right up there with the elite of the league," general manager Ken Holland said Friday.

"Nick's really delighted that we've been able to negotiate this contract," agent Don Meehan said. "He's delighted to be back in Detroit. We're very pleased today."

For the past 18 months, Lidstrom has been waffling between the NHL and finishing his career in Sweden, where he says he wants to raise his family.

"The issue all along has been to do what's best for our kids," Lidstrom said in a statement. "What finally made the difference was that we talked to several friends that lived in the States for a time and then returned to Sweden. Like us, they felt it was important to raise their families here in Sweden. But they all agreed that there was no problem with their kids living there longer than what we already have."

Holland said he knew he had no control over the Sweden issue, but said, "In the end, it was Nick's decision."

"I feel that Nick is very happy here," Holland said. "It would be very, very difficult to overcome the loss of someone like Nick Lidstrom."

Last season, Lidstrom has 14 goals and 43 assists in 81 regular season games. He scored two goals and nine assists in 10 playoff games and was the runner up for the Norris Trophy, awarded to the best defenseman. He had only 14 penalty minutes in the 1998-99 regular season and 4 in the playoffs.

"There's no doubt that if Nick is not the best defenseman in the NHL, then he's right up there," Holland said.

Lidstrom's leaving would have been "a loss you can't even put into words," Holland said.

Vasteras, the Swedish team that Lidstrom had considered playing for, offered Lidstrom a $500,000 contract, prime real estate for a home, business opportunities for Lidstrom and wife Annika, and private education for their two young sons.

Meehan said Lidstrom and the other Swedish players that he represents share concerns about upbringing children when they reach school age.

"It was a balancing of considerations ... on the personal end and the professional end," Meehan said. "If he was going to play in the NHL, it was going

Lidstrom was just happy the decision-making was over.

"When this contract is up? Who knows. Right now, we're happy to be coming back to Detroit and that we won't have to think about where to live for another three years."