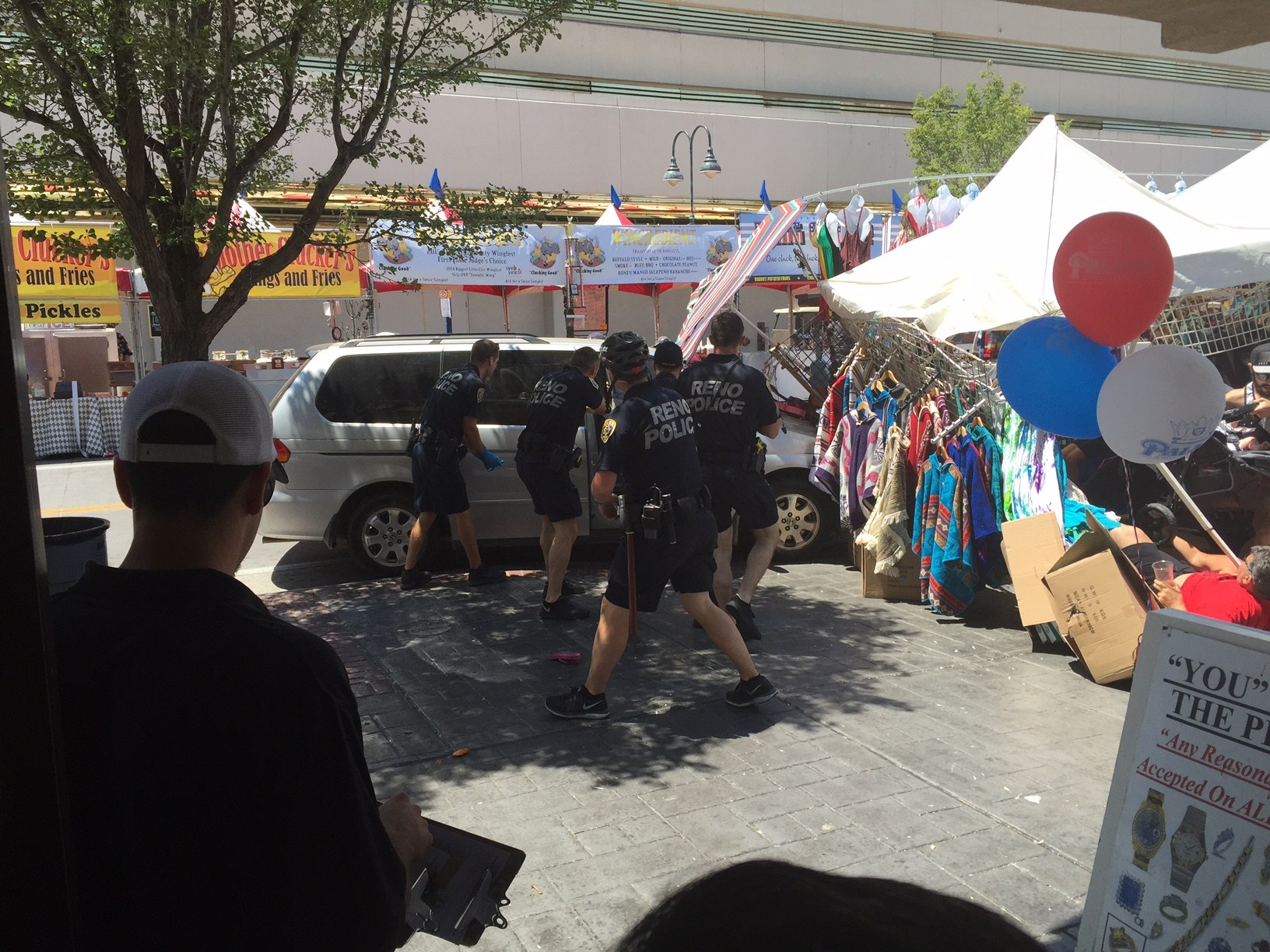 RENO, Nev. - Reno police said they shot to death a man who tried to run over an officer as he attempted to drive into a crowded chicken wing festival, reports CBS affiliate KTVN.

The incident began about 1:30 p.m. Sunday when police tried to make a traffic stop of a silver mini-van near downtown, the Washoe County Sheriff's Office said.

The driver of the mini-van failed to stop and headed toward downtown, the sheriff's office said in a statement.

The mini-van tried to get past a barricade in front of the annual Biggest Little City Wing Fest and then swerved toward a police officer who was on foot, the sheriff's office said.

The officer opened fire, causing the man to crash into a vendor, KTVN reported.

The suspect, who they have not identified, was taken to a nearby hospital, where he died, the sheriff's office said.

No officers or bystanders were injured.

The Reno Gazette Journal newspaper reports that witness Steven Parks, a vendor for Jax Kettle Korn, said he saw several police officers on foot attempted to cut off the vehicle so they could shoot into the passenger side of the van. Parks said he then heard multiple gunshots.

"You see these things in the movies, and know to get down," Parks told the Gazette Journal.