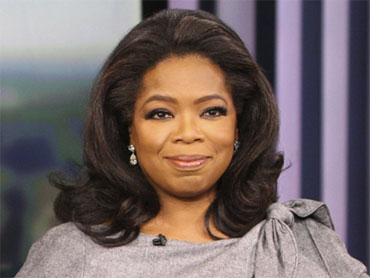 When she learned that Oprah Winfrey had a new book pick coming, Cathy Langer of the Tattered Cover store in Denver ordered hundreds of copies, as she always does, even though the actual choice is not officially revealed until Winfrey announces it on her show.

But so far, Langer has seen few takers for the bound paperback volume of Charles Dickens' "A Tale of Two Cities" and "Great Expectations."

"I think it's not all that exciting of a pick, frankly," said Langer, head buyer for the Tattered Cover, a leading independent store. "Oprah said she was going to promote the book. Well, good, it needs it. It needs some sexy hook to get people excited about it."

Dickens remains among the most popular of "classic" authors and Winfrey has been the publishing industry's most dependable maker of hits. But her selection, which went on sale Dec. 6, has had an unusually slow start.

The paperback, released by Penguin with a heart-filled red, black and white cover and an announced printing of 750,000 copies, has not cracked the top 10 on Amazon.com or Barnes & Noble.com. According to Nielsen BookScan, which tracks around 75 percent of sales, the paperback sold just 21,000 copies its first week and ranked No. 43 among best-sellers for that time.

Langer thinks timing is a factor. Winfrey's choice came in the middle of the holiday season, when many buyers already had a list of purchases. Barnes & Noble's vice president of marketing, Patricia Bostelman, said the book was "selling less than previous Oprah picks" and that the two novels, perennial favorites in classrooms, already are widely owned.

Another factor: Readers can download the books for free.

For the first time since the emergence of the Kindle and the explosion of the e-book market, Winfrey's choice was in the "public domain." The copyright on Dickens' books long expired, so they can be sold by anyone, at any price, in any format. The Penguin paperback is listed at $20, and an e-edition prepared by Penguin costs $7.99. But both novels are widely available for free, as Amazon made clear in a press statement on the day of Winfrey's announcement.

"We've found that customers love to discover - or rediscover - classic books on Kindle and we're sure these Dickens books will find new readers as an Oprah's Book Club selection," Russ Grandinetti, vice president of Kindle Content, said in the statement. "Millions of free, out-of-copyright books are available to read on Kindle, including these two classic Dickens books."

No-cost versions of "Great Expectations" and "A Tale of Two Cities" each have spent time in the top 10 on Amazon's list of free downloads.

The classics long have been a source of income for publishers, cheaply priced because no author royalties are paid and consistently in demand by teachers. Penguin Classics, the Modern Library and the Library of America are among those who specialize in older titles.

But with the rise of e-books, you no longer need a library to obtain older works for nothing. Project Gutenberg (www.gutenberg.org), for example, is an online site that offers thousands of free works for downloads on the Kindle, iPad and other devices. Amazon.com, Barnes & Noble.com and the new Google bookstore all offer free texts, from the dialogues of Plato to the autobiography of Benjamin Franklin, a Kindle favorite.

Publishers worry most about English-language books. While the original Russian text of Tolstoy's "War and Peace" is no longer in copyright, translations - which provide a unique version of a given work - can be copyrighted. When Winfrey chose Tolstoy's "Anna Karenina" in 2004, she picked a Penguin release with a translation by the well-regarded team of Richard Pevear and Larissa Volokhonsky. According to Penguin, more than 900,000 copies were sold, even though cheaper editions by other translators were available.

But for Dickens, Jane Austen or Herman Melville, the text is identical no matter whom you obtain it from. So publishers instead count on "enhancements," such as high quality paper or a scholarly essay or a chronology of the author's life. As Amazon noted in its press release, Penguin's e-book version of Winfrey's picks features period illustrations, historical background and a list of films made from Dickens novels.

"You can't beat free. Free is free. But we don't have our heads in the sand here. We're trying to deal with this in a number of ways," says Penguin Classics publisher Kathryn Court. "So we've been focused on saying to the buyer of classic books, `What you'll get from Penguin is not just a cheaply printed text."'

"Competing against free is certainly a challenge, but we're sure that some people will pay for introductions by the best authors and scholars, added material or better formatting and cleaner texts," says Tom Perry, publisher of the Modern Library, a Random House Inc. imprint.

Among the Modern Library's immediate priorities: a special e-edition of the two Winfrey picks, featuring a John Irving essay about "Great Expectations." The price: $6, nearly two dollars less than the Penguin version.