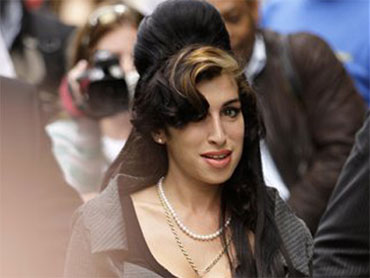 LONDON (AP) A judge acquitted Amy Winehouse on Friday of assaulting a fan who asked to take her picture.

District Judge Timothy Workman found the 25-year-old singer not guilty of punching dancer Sherene Flash in the eye after the fan asked to take her picture following a charity ball in September.

Prosecutors claimed it was a deliberate assault. But Winehouse said she had felt intimidated by the drunken Flash — and claimed she was too short to have hit the dancer in the face.

The judge said that after hearing the evidence, he could not be sure the blow had been deliberate.

"The charge is dismissed and the defendant discharged," he said.

Winehouse, dressed in a knee-length black skirt, gray jacket and white shirt, shrugged as the verdict was announced. She remained in the dock until her lawyer spoke to her, apparently clarifying the verdict.

"I'm relieved. I'm going home," she said as she left court through a jostling pack of photographers and television cameras.

In a statement read by a spokesman, the singer said she was "very happy to move on with her life and put the episode behind her."

During the two-day trial at London's City of Westminster Magistrates' Court, prosecutors accused Winehouse of punching Flash after a ball in London's Berkeley Square.

Prosecutor Lyall Thompson said the incident was "a deliberate assault by Miss Winehouse."

But Winehouse said she had felt intimidated when Flash "lunged at me and put her arm around me," and had only meant to push the other woman's arm away.

"I was scared," Winehouse said Thursday. "I thought 'People are mad these days, people are just rude and mad, or people can't handle their drink.' "

Winehouse shot to stardom with the Grammy-winning album "Back to Black" in 2006, but her music has been overshadowed by reports of drug use, run-ins with the law and a tempestuous marriage.

Earlier this month she was granted a divorce from her husband of two years, Blake Fielder-Civil.