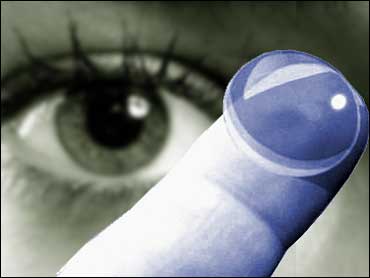 People who wear contact lenses will be able to shop for the best price under legislation the Senate approved Thursday that gives them a right to their prescriptions.

Since 1978, eyeglass wearers have had the right to get their prescriptions from eye care providers, but in many states that right has not been extended to people with contact lenses.

Under the legislation, eye doctors would be required to provide people who wear contact lenses with their prescriptions. They also are banned from charging a fee for providing a copy of the prescription to a patient.

It would also allow lens providers to fill a prescription if the doctor does not call back within eight hours to verify it.

Supporters of the bill said it would benefit the 36 million Americans who wear contact lenses. They said consumers spend an estimated $3.5 billion annually to replace contact lenses, and that they could save an average 20 percent by buying from alternative sellers.

The Senate approved the legislation by voice vote Thursday. The House passed it on Wednesday. It now goes to President Bush.