Iceland may be the new home for Keiko the whale as the Free Willy star moves closer to being returned to the open sea.

A delegation from the Free Willy Keiko Foundation is to meet Tuesday with Iceland Prime Minister David Oddsson. The foundation has asked for permission to use his country as the site for a floating sea pen that will serve as Keiko's halfway house before he is freed from captivity.

"Assuming that we receive favorable news, our delegation next week will visit several of the sites in Iceland that we scouted several months ago," said Diane Hammond, a spokeswoman for the foundation.

If all goes well, Keiko could be moved to Iceland as early as September, Hammond said.

Iceland has been the top choice for Keiko's future home, because that is where the 20-year-old orca whale was captured when he was only 2 years old.

A steel-and-mesh pen is being built for Keiko, and it will be 60 percent larger than his current home at the Oregon Coast Aquarium in Newport.

Keiko will be allowed to adjust to the pen, then roam the bay, and eventually (if all goes well) swim into the ocean.

It would parallel, to some degree, the romantic theme of the Free Willy movies in which the whale was put back in the ocean.

Two years ago, schoolchildren inspired by the films helped raise money to move the ailing killer whale from a cramped Mexico City aquarium to a spacious pool at the Oregon Coast Aquarium in hopes of getting him healthy enough for a return to the sea. 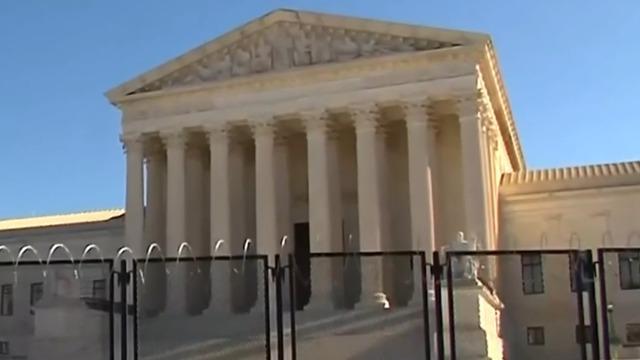 The Supreme Court on Tuesday took up a major voting rights case out of Arizona. The issue at hand is whether two state laws violate Section 2 of the Voting Rights Act of 1965. The decision could have an impact on other election laws under consideration across the country. Natalie Brand reports from Washington, and University of Baltimore law professor Kim Wehle joins CBSN's Elaine Quijano to discuss the case.