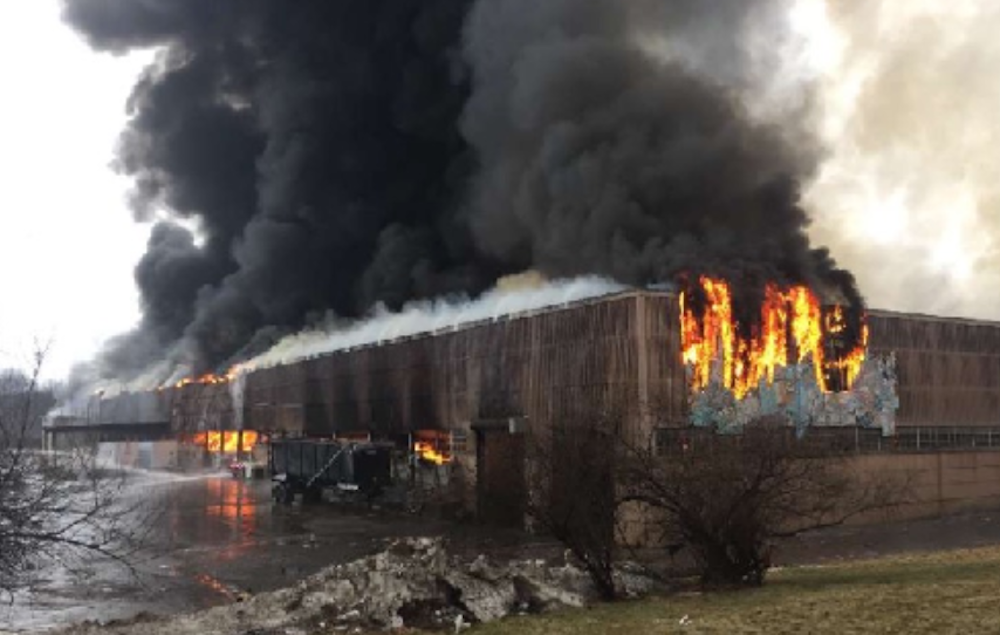 WILLIMANTIC, Conn. -- Firefighters are battling a large blaze at a waste and recycling company in Willimantic, Connecticut, CBS affiliate WFSB reports. Fire officials said 12 departments responded to the scene at the Willimantic Waste Paper Company on West Main Street in Willimantic, about 30 miles east of Hartford.

Several roads in the area have been closed to traffic and photos from local television stations showed flames and smoke billowing from the plant Sunday morning.

There were no immediate reports of injuries. WFSB reports there have been no evacuations but officials are recommending people stay inside their homes.

The family-owned company provides trash pickup and recycling services in Eastern Connecticut and has been in business for more than 60 years, according to its website.

Windham spokesperson Matt Vertefeuille told WFSB that firefighters cannot enter the building because its roof has collapsed. Fire officials said the building is a steel structure and the fire could last for days.