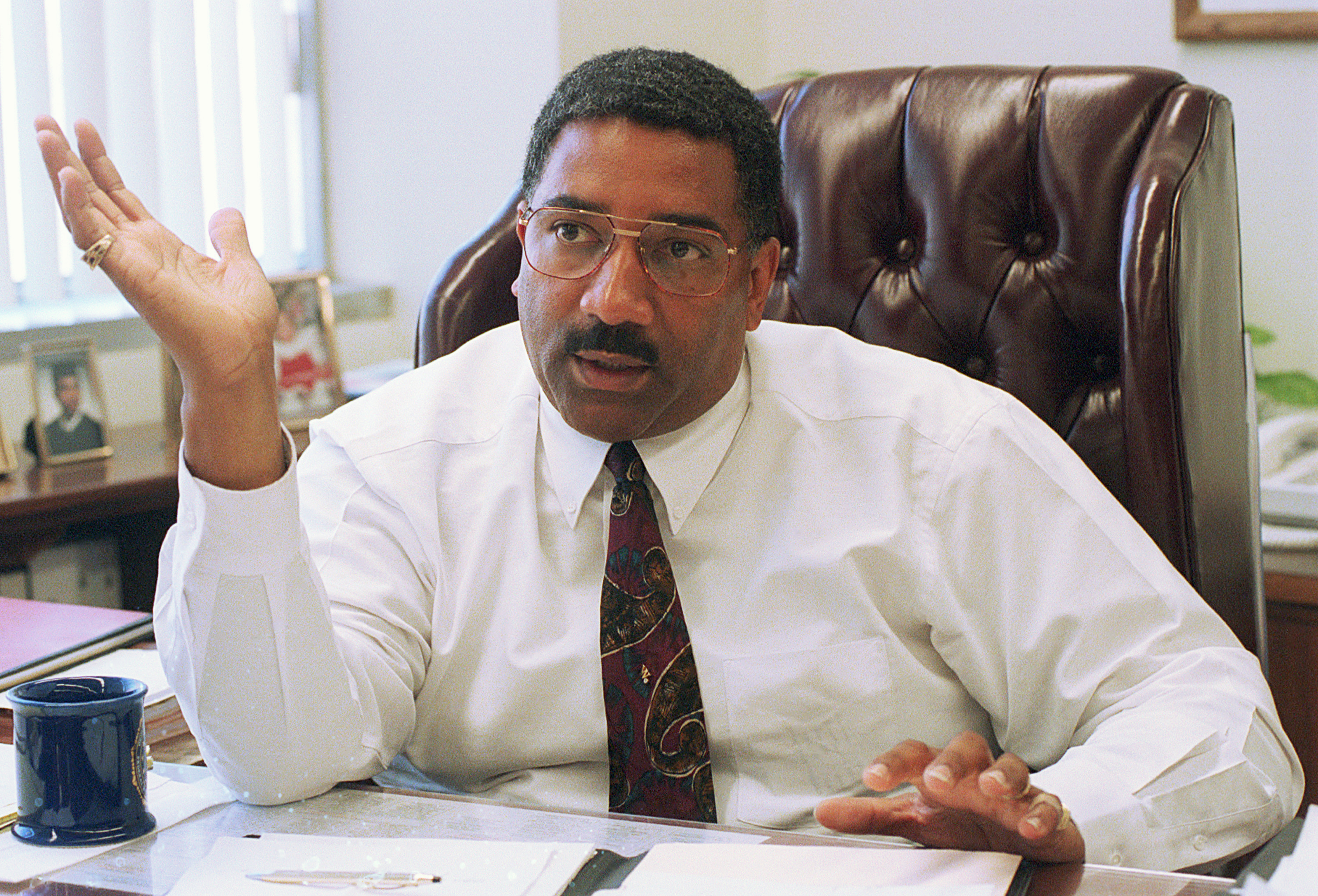 ATLANTA-- Willie L. Williams, who was the first black police chief in Philadelphia and in Los Angeles, where he took over in the wake of the Rodney King riots, has died. He was 72.

His daughter-in-law Valerie Williams told The Associated Press that he died Tuesday evening at his home in Fayetteville, Georgia. She said he had been diagnosed with pancreatic cancer.

Williams was selected to succeed Gates, whose lengthy tenure had been shaken when four white officers were accused of beating King, a black motorist. Gates was still in charge when the officers were acquitted, resulting in a riot that left parts of the city in ashes.

An outsider chosen over a field of insiders, Williams was given a mandate to restore public confidence and department morale. Critically, the following month voters amended the city charter to remove civil service protection for the chief's job and limit the position to a five-year term, renewable once by the Police Commission, the department's board of civilian overseers.

Williams' term was marked by the O.J. Simpson murder case, which spotlighted sloppy evidence handling and racism in the department; resentment from within the ranks; and an investigation into whether he improperly accepted perks including Las Vegas accommodations.

In 1997, the commission exercised its new power and unanimously denied Williams a second five-year contract. The commission president said that Williams had become a symbol of positive change but had failed to become a respected leader.

Williams fought to remain chief but ultimately accepted a severance package and left, saying the 1992 reform measure had unintentionally allowed politics to intrude into the department's management.

Williams started his career as a cop in Philadelphia in 1962. He moved up the ranks over the following two decades before then-Mayor W. Wilson Goode Sr. appointed him commissioner in 1988. He ran the Philadelphia Police Department until 1992.

Williams' son, Willie Williams Jr., is a police officer in Philadelphia and now works in security for Kenney.

"He was a hero of mine, he was a true inspiration for me," Ross said, CBS Philadelphia reported.

Ross said the elder Williams was firm, fair, charismatic and committed to community policing. He called Williams' role as the city's first African-American police chief a sign that the profession was becoming more progressive.

"I'd seen that someone else had reached that pinnacle," said Ross, who is also black and was sworn in as commissioner in January. "It was possible for me and others to do it as well. When you reach a milestone like that ... that just makes the barriers crumble for others as well."

Ross explained Williams rise to the top was even more remarkable considering the department he first joined in the 60's offered virtually no career opportunities for African-American officers.