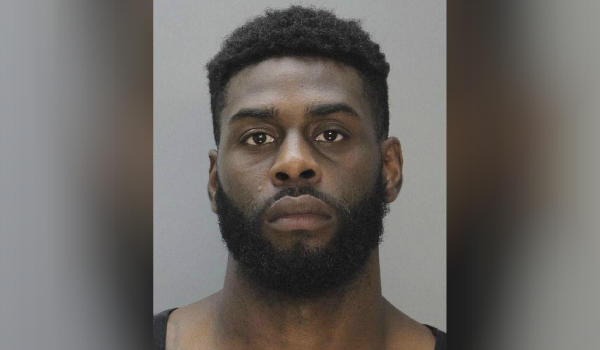 His wife told police that he dragged her across the apartment while wrestling for a purse and later pulled her hair and grabbed her by the wrist during an argument Saturday night, according to the police report.

Reed's wife told police the argument started when she told her husband she wanted a divorce. She said she was knocked to the ground while struggling over her purse and dragged around the apartment until the strap broke. She also alleged Reed tore her shirt as she went to the lobby of the apartment building to notify the concierge, then returned to get her two children.

When the woman picked up her youngest son and started to exit the apartment again, she told police that Reed grabbed her by the hair to take the child back, then grabbed her left wrist and twisted her arm to get her to the ground. She said she responded by hitting Reed in the head with a glass candle.

Police said Reed's wife had red marks on her left wrist, right biceps, back and chest.

Reed spent last season with the Miami Heat and had been working out in Miami in recent days. The 27-year-old center finalized a $1.5 million, one-year contract with the Clippers last week despite his hopes for a longer-term, more lucrative contract in free agency.

CBS Sports writes that Reed played 71 games with the Heat last season and 39 with the Nets the year before.

He was booked Sunday at 3:06 a.m. His first court appearance was expected to take place later Sunday, and it was unknown if he had an attorney who could speak on his behalf. Reed's agent, Joel Bell, declined to comment while gathering more information.

Both the Clippers and NBA spokesman Tim Frank said they were aware of the allegations and were in the process of gathering information.

Reed averaged 5.3 points and 4.7 rebounds last season. He was undrafted after playing two seasons at Saint Louis. He played in the NBA's developmental league before signing with the Brooklyn Nets for the 2015-16 season.

He was suspended from college shortly after the start of the 2010-11 academic year for his role in a sexual assault incident involving other players on the basketball team. He returned for the start of spring semester, but was later withdrawn by the university for failing to meet the terms of his reinstatement as a student. He then applied for the 2011 NBA draft.

Reed is the second Clippers player to be arrested in the last 17 months. Forward Branden Dawson was arrested in March 2016 in Los Angeles on suspicion of spousal abuse. He was never charged in the case. The team waived him four months later.

The NBA and the NBPA implemented a new domestic violence policy as part of the collective bargaining agreement, which started on July 1. Under terms of the policy, the league can conduct its own investigation into the matter and hand out punishment if deemed necessary before a court of law rules on criminal charges.