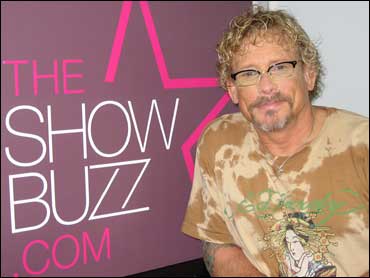 By The Showbuzz's Melissa Castellanos

It's seldom that Hollywood child stars come out unaffected or un-tainted by their super stardom.

With the constant media frenzy surrounding today's troubled pop stars - capturing them partying hard, getting into car accidents, going to court, checking in and out of rehab; it's a miracle that any of them come out with their head on straight.

For actor Willie Aames, a VH1 "Celebrity Fit Club 2" contestant, who also starred in "Swiss Family Robinson," "Eight Is Enough" and who's most recognized for his role as Buddy Lembeck - Scott Baio's comedic sidekick in "Charles in Charge," - his story isn't much different.

"There are dozens of me, dozens of actors that went through Hollywood and did the sex, drugs and rock n' roll thing. I was fortunate that I came out alive," Aames told The Showbuzz.. "I've watched a lot of my friends die, everyone from John Bulushi, River Phoenix to Chris Farley. It just keeps going on and on. I was so fortunate that I didn't die, but at the same time, I look at some of the younger people now, like Lindsay Lohan, Britney Spears, and Paris Hilton and I see a lot of myself in them."

Although going down memory lane wasn't easy at first for Aames, who had an arduous past involved drug, substance and sexual abuse as well as highs and lows throughout his career, he felt that he should reveal the truth behind the screen.

"Britney on the other hand, I look at her and see a really talented girl that came from a pretty humble background that has been managed and handled to death. I think she is in just so far over her head with no real advocate of her that she can trust to help her get a view of the big picture."

In a brave attempt to put himself out there again, Aames and his wife, Maylo-Upton Aames, who was also an child star, took a giant leap by retelling their journeys from childhood to adulthood.

Through a tell-all book, "Grace Is Enough," the couple intertwine their stories of growing up in showbiz, facing drug and alcohol addiction, sexual abuse and how they came out of it alive.

"The reason that we wrote 'Grace Is Enough,' I kind of look it as bait, so that people could read my wife's story because it is miraculous and the kind of person that she turned out to be is remarkable, given what she went through," he said.

When Maylo was a child, her mother joined a religious cult and allowed her boyfriends to sexually abuse her from the age of 11 to 15. She ran away and lived on the streets of Los Angeles until she managed to get a dancing scholarship that virtually saved her life.

"I have had an incredible 22-year marriage with someone who should have never made it past 15," Aames said of his wife. "It's just truly an incredible message of hope."

Even though fans have seen him on TV for more than 40 years, Aames feels the book is a way to show people who he really is. "There was a sense of relief to get that out in the open," he explained.

"I wanted people to try and get an idea of what it's like emotionally to go through those periods of time when things were so out of control, rather than just who I slept with or what my resume was," he said. "I wanted people to try and understand what it was like as a kid to go through Hollywood and what was going on in your head - and in that way it was somewhat cathartic."

Aames recently reconnected with his fellow "Charles in Charge" co-star, Scott Baio, who also starred in the VH1 reality show called "Scott Baio Is 45 And Single" and now stars in "Scott Baio is 46 & Pregnant."

Although their relationship got a little rocky towards the end of the show and they haven't spoken for over 20 years, they shared a moment and reminisced about the crazy days on "Charles In Charge."

"I really allowed myself to fall in love with the people on the set, and Scott, chief among them. I lived to make Scott Baio laugh. That was what that show was really about," Aames told The Showbuzz. "After 20 years just to make the guy laugh again was enough. And that's the last I have seen of him."

While attending Alcoholics Anonymous meetings, Aames discovered a strong sense of faith. He became a born-again Christian and an ordained minister. From 1995 to 2004, he starred in a video series and annual touring performances as the Christian superhero "Bibleman."

"So many people who have interviewed us have said that the book ("Grace Is Enough") isn't a story about faith, as much as it is truly a love story of two really broken people, who turned out okay," he said.

The Aames have lived through it all since their tumultuous past - with cancer, lupus and everyday struggles, but have found that laughter is the best medicine.

"The one thing that's always been there has been this underdog determination that we have each other, we will always stick it out and somehow we find the humor in it and we laugh a lot. Nobody makes me laugh like my wife," he said.

Willie Aames is currently working on three shows that are in development and he expects his second book, "Moral Turpitude and the Fall of Modern Christianity In America" to be released in two years. He will star in another upcoming edition of "Celebrity Boot Camp" on VH1.