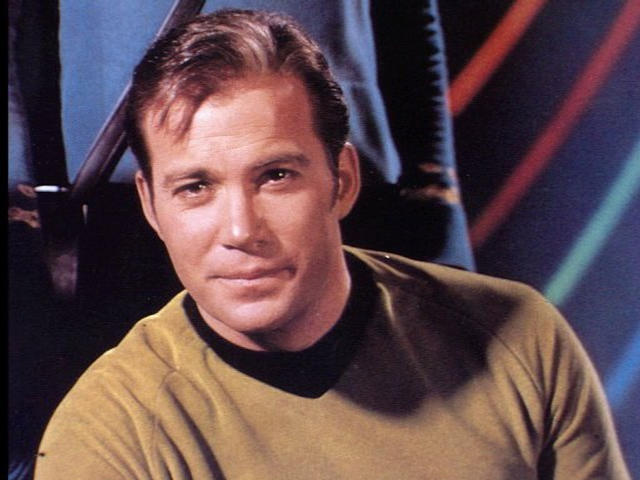 Show your respect for the legendary actor/writer/director/producer's birthday by talking like him. Youknowyou...can...doit.

(Watch a video about how to talk like Shatner below.)

For those of you unfamiliar with International Talk Like William Shatner Day, here's some backstory: According to its Facebook page, both Doug VanHorn, a regular guy from Columbus, Ohio, and Maurice LaMarche, a voiceover actor, had designs on getting people to talk like Shatner on his birthday, March 22 - complete with the strange pauses, sudden bursts of anger, the rising and falling inflections and the speedy diabtribes - and started their own projects.

VanHorn created a Facebook page and LaMarche posted a YouTube video. After learning of each other's existence - and thinking perhaps the other had stolen his idea - they joined forces.

My suggestion for quoting Shatner is to use this piece of Capt. Kirk dialogue from "Star Trek V: The Final Frontier" - the movie in which the Spock's half-brother can alleviate a person's pain - for its sheer awesome badness:

"Damn it, Bones, you're a doctor. You know that pain and guilt can't be taken away with the wave of a magic wand. They're the things we carry with us, the things that make us who we are. If we lose them, we lose ourselves. I don't want my pain taken away! I need my pain!"