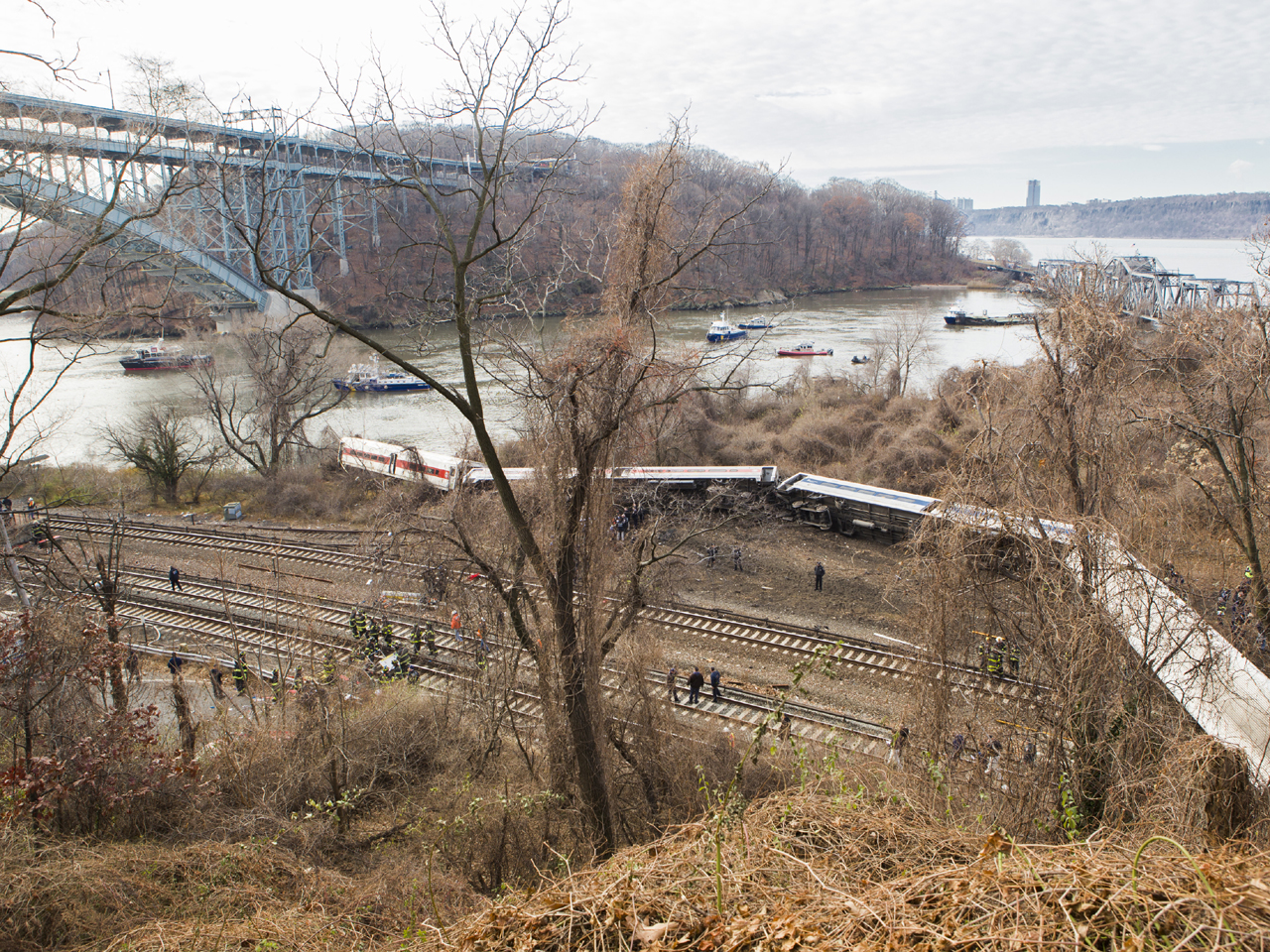 NEW YORK -- An engineer who fell asleep at the controls of a Metro-North train and caused a derailment that killed four people in New York City sued the railroad Thursday, saying its negligence and carelessness led to the accident.

William Rockefeller is seeking $10 million in the lawsuit in Manhattan federal court, saying he suffers from multiple injuries, including post-traumatic stress disorder, as a result of the Dec. 1, 2013, derailment. Besides the deaths, more than 70 people were injured.

Through a spokesman, Metro-North said it does not comment on pending litigation.

The lawsuit called Metro-North negligent and careless for failing to provide Rockefeller with a safe workplace and it blamed the railroad for increasing hazards by failing to install automatic brakes. It also said Metro-North relied on a deficient safety culture because it “prizes on-time performance at the expense of protecting riders and workers.”

The accident occurred in the Bronx as the commuter train went around a curve at about 82 mph. The speed limit on the turn was 30 mph.

Rockefeller’s sleepiness was due to a combination of an undiagnosed disorder — sleep apnea — and a drastic shift in his work schedule, the NTSB said in a 2014 report, CBS New York reports.

The agency said the railroad lacked a policy to screen engineers for sleep disorders, which also contributed to the crash. It also said a system that would have automatically applied the brakes would have prevented the crash.

The lawsuit said he will continue to suffer lost wages and benefits along with pain, suffering, mental anguish and depression.