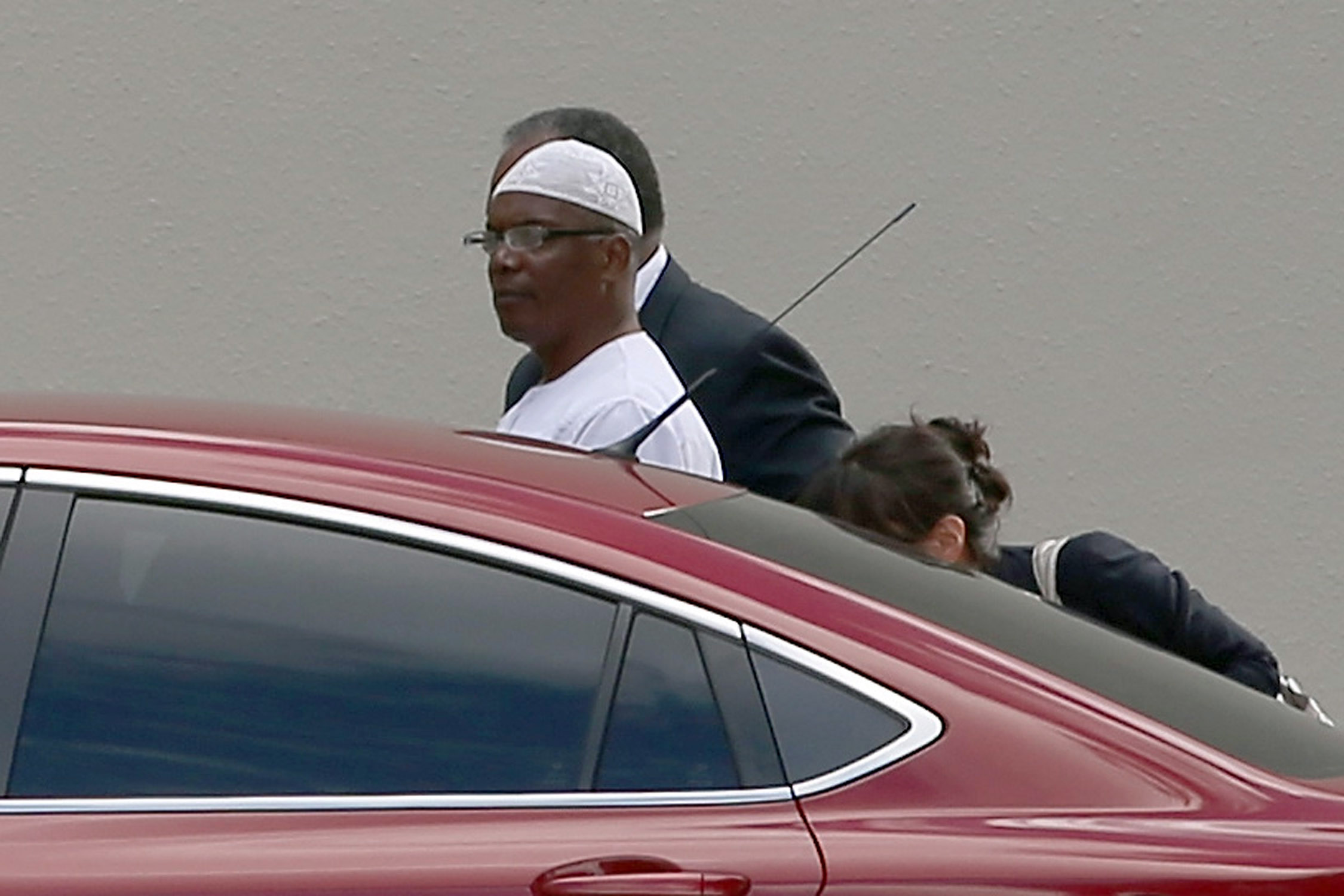 MIAMI An American who hijacked an airliner to Cuba nearly 30 years ago as a self-described revolutionary flew back home Wednesday to face U.S. justice.

In interviews prior to leaving Cuba, Potts said he was seeking "closure" and hoped to convince U.S. prosecutors to give him credit for the 13-plus years he spent in Cuban prison for hijacking the flight. The U.S. charge carries a sentence of between 20 years and life in prison, according to federal prosecutors.

"My position is I am a free man. I have served my time," Potts said. "But they seem to have another concept. They are going to take control of me. I will be under their authority."

Potts will make his initial court appearance Thursday in Miami, Reuters reported. He was taken from the airport to the FBI's Miami field office.

CBS News' Portia Siegelbaum reported from Havana that Potts and an unidentified American official were driven to the airport in a SUV from the U.S. Interests Section in the Cuban capital.

"I'm very anxious to return and with all of the conflict that's been going on for too long. We're hoping for a just solution to this problem," Potts said before boarding the flight. "I want to go home to my family, to my daughter, that's what I'm hoping, that's what I'm expecting."

Potts gave his ex-wife, with whom he is still close, a thumbs-up, and walked across the street with American officials who escorted him on the charter flight to Miami.

U.S. authorities have aggressively prosecuted some returning fugitives, while others saw their sentences reduced significantly for time served elsewhere. Typically, a criminal defendant who pleads guilty and accepts responsibility qualifies for a more lenient sentence.

In the 1960s and 1970s, dozens of American aircraft were hijacked to communist Cuba at the height of the Cold War. But by the time Potts commandeered his plane, they had become less frequent and Cuba had begun prosecuting the hijackers.

According to an FBI affidavit filed with the indictment, Potts bought a one-way ticket on the Piedmont flight on March 27, 1984. Potts has said the flight originated in Newark, N.J., but the FBI affidavit said it was nearby LaGuardia Airport in New York.

As the airliner approached Miami, the FBI said Potts pushed a flight attendant call button and handed her a note claiming he had two "comrades" on the plane and that there were two explosive devices aboard. Potts called himself "Lt. Spartacus, a soldier in the Black Liberation Army," according to the FBI.

Potts has said in interviews he had a gun hidden in a plaster cast that was used in the hijacking, but the FBI affidavit does not mention that.

In any event, the note from Potts also demanded $5 million, threatened to blow up the plane and kill passengers if it landed in Miami, discussed freedom for "brothers and sisters" in South Africa and criticized U.S. interference with Nicaragua's Sandinista government. The plane was flown to Havana, where Cuban authorities boarded it and took Potts into custody.

They later found an electric bill that had fallen out of Potts' pocket containing the name Kay Brown of Paterson, N.J. Brown told the FBI that Potts was her nephew and that she had given him $120 to pay her electric bill but hadn't seen him since.

Potts said he thought Cuba would welcome him and offer him training as a guerrilla. Instead, he was tried and convicted of air piracy. He was later granted permanent residency in Cuba and has been living recently in a modest apartment block east of Havana.

In 2009, Potts called himself the "homesick hijacker" in an Associated Press article about his desire to one day return to the U.S.

Even though Potts could have stayed in Cuba, he decided to come home and take his chances with the legal system. The pending U.S. case against him keeps him from living his life fully, he said.

"It's time it had closure. Why leave it hanging, why leave this gaping uncertainty?" he said. "So I want to resolve that because ... having completed my sentence, I feel like I want to put all that stuff behind me. I don't want that lingering over or impeding anything I might want to do. Once you've paid your debt to society you're entitled to a fresh start."