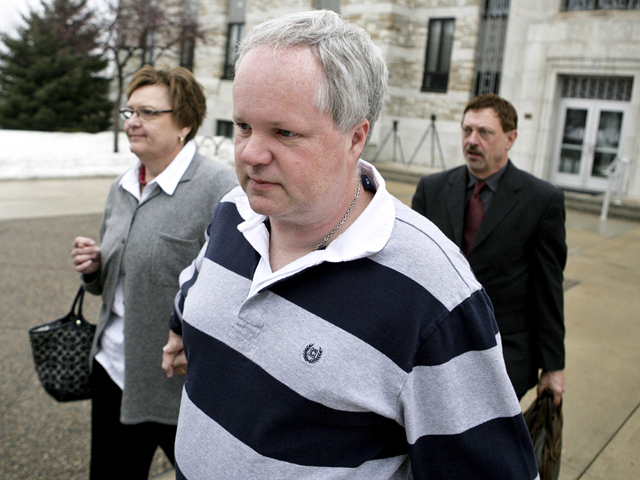 (CBS/AP) FARIBAULT, Minn. - In the category of preying on society's most vulnerable, William Melchert-Dinkel may have just set a new low.

The Minnesota ex-nurse accused of seeking depressed people online and encouraging them to kill themselves was found guilty Tuesday of aiding the suicides of an English man and a Canadian woman.

Melchert-Dinkel, 48, was charged in April with two counts of aiding suicide for allegedly advising and encouraging two people to take their own lives.

Mark Drybrough, 32, of Coventry, England, hanged himself in 2005, and 18-year-old Nadia Kajouji, of Brampton, Ontario, jumped into a frozen river in 2008.

Melchert-Dinkel declined a jury trial and left his fate to a judge.

Prosecutors said Melchert-Dinkel, of Faribault, Minn., was obsessed with suicide and hanging and sought out potential victims on the Internet. When he found them, prosecutors said, he posed as a female nurse, feigned compassion and offered step-by-step instructions on how they could kill themselves.

Prosecutors said he acknowledged participating in online chats about suicide with up to 20 people and entering into fake suicide pacts with about 10 people, five of whom he believed killed themselves.

Rice County Attorney Paul Beaumaster said Melchert-Dinkel told police he did it for the "thrill of the chase." "I think justice was served," Beaumaster said after learning the verdict on Tuesday. "I think it was a just verdict based on the facts of the case, and convictions were earned on both counts."

Defense attorney Terry Watkins had argued the victims were predisposed to committing suicide and his client didn't sway them by making statements online.

During oral arguments in February, Watkins called his client's behavior "sick" and "abhorrent" but said it wasn't a crime because Melchert-Dinkel didn't directly incite the victims to kill themselves.

He said Mark Drybrough had been ill for years and went online seeking drugs to overdose, while Nadia Kajouji was going through a rough time in her life, had a miscarriage after drinking heavily and was depressed. Watkins said they were both intelligent people who wouldn't be swayed by his client's online "babbling."

Beaumaster said during his oral arguments that Melchert-Dinkel's intent was to see them die, and the law is designed to protect vulnerable people.

"That's the point. That's who he looked for," he said. "He targeted individuals he knew he could have an influence on. Were they predisposed? Absolutely!"

Minnesota's aiding suicide law carries a maximum penalty of 15 years in prison and a $30,000 fine.