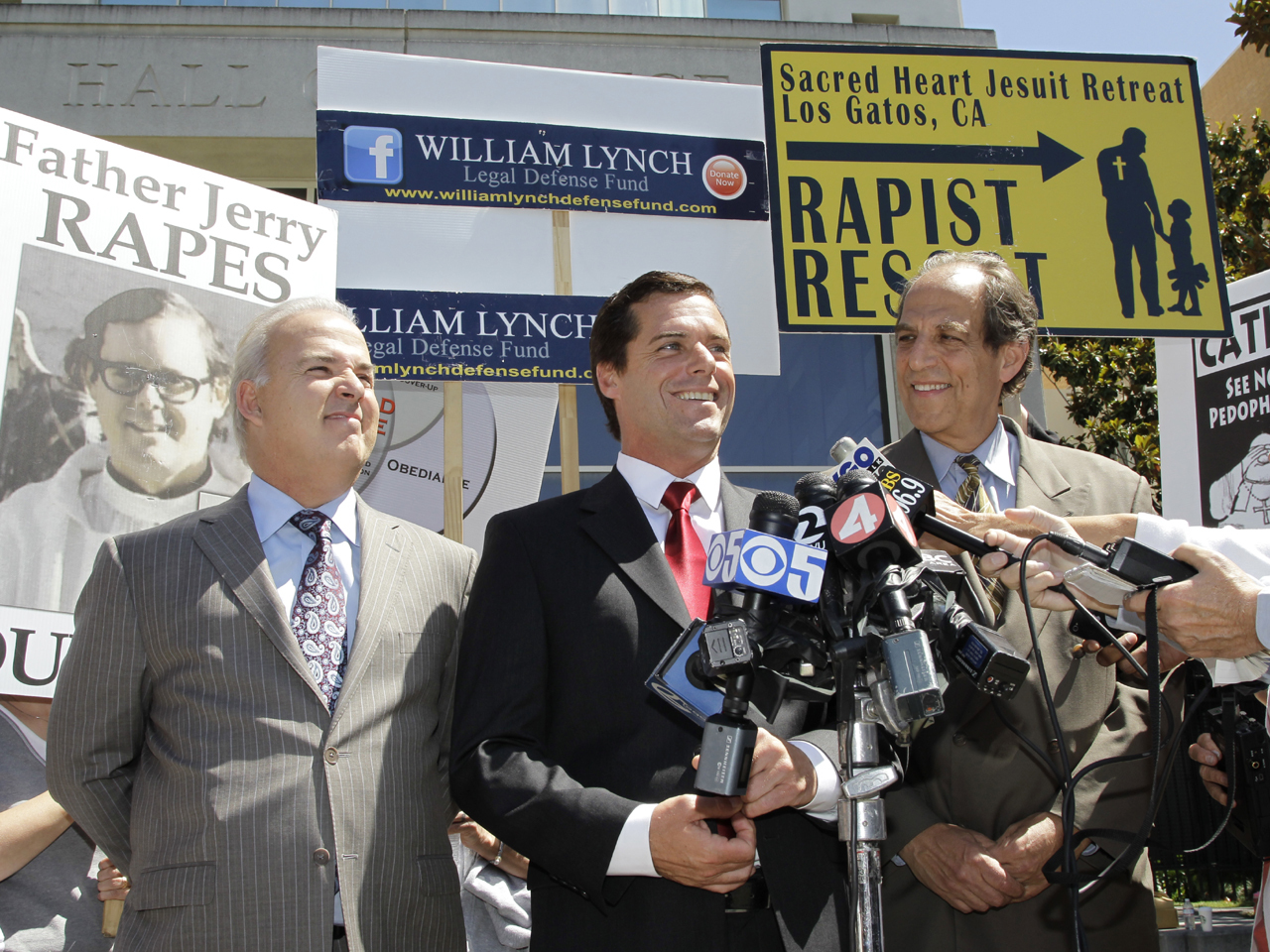 (AP) SAN JOSE, Calif. - A man who beat up a priest who allegedly molested him as a child was acquitted Thursday of assault, a surprising verdict that allowed the defendant to escape a prison sentence.

Supporters of defendant William Lynch openly wept and hugged in the courtroom as the verdicts were read. Later, Lynch and his two attorneys emerged from the courthouse to a rousing cheer.

"I honestly thought I was going to jail," Lynch said. "It turned out better than I expected."

Steven Clark, a former prosecutor who watched most of the trial, called the verdict a rarity given that Lynch admitted the beating on the witness stand.

"The DA's office was in a very difficult position because they had to go forward with the case," Clark said. "They can't allow vigilante justice to be ignored. But the DA's office is not used to having pedophiles as victims."

District Attorney Jeffrey Rosen said authorities understood the abuse and trauma suffered by Lynch. "And while we understand Mr. Lynch's desire for revenge, we don't condone it," Rosen said.

Jurors told the San Francisco Chronicle that none of the members wanted to convict Lynch after hearing his testimony about the alleged abuse at the hands of Jerold Lindner. The jurors asked to remain anonymous.

During the closely watched trial, prosecutors called Lynch, 44, a vigilante and implored the jury not to be swayed by his dramatic testimony describing the horrific ordeal he claims to have endured.

Lynch countered that he only wanted the priest to sign a confession and started punching Lindner after the retired priest "leered" at him the same way he looked at Lynch during the alleged molestation during a 1975 camping trip.

Lynch previously declined a plea bargain and said he hoped to use the case to publicly shame Lindner and bring further attention to the Catholic Church clergy abuse scandal. Lynch has said memories of the priest have tormented him for years, and he struggled through alcohol abuse, nightmares, divorce and other problems. He tried to commit suicide twice.

However, after the verdicts were read, he said he had regrets for resorting to violence against Lindner.

"I was wrong for what I did," he said. "I wanted to bring attention to the cause."

While advocates for the victims of abuse by priests condemned violence, they welcomed the verdict and said Lynch would likely not reoffend.

The jury acquitted Lynch after the two-week trial of two felony charges of assault and elder abuse. It deadlocked 8-4 to convict him of the much less serious charge of misdemeanor assault, and Rosen said he was undecided on whether to pursue another trial.

Lindner also testified and denied abusing Lynch. He later invoked his Fifth Amendment right against self-incrimination and would not testify further for fear of a perjury prosecution. The judge ordered Lindner's testimony stricken from the record.

In a deposition in the late 1990s, Lindner said he didn't recall Lynch, who received $625,000 in a 1998 confidential settlement with the Jesuits after alleging the abuse.

Pat Harris, another defense attorney, called on the district attorney to prosecute the priest for perjury.

"Lindner is not beyond justice," Harris said. "He perjured himself and let's see them put him in jail."

On Thursday, Lynch said the verdict would help him heal.

"This has brought me a certain closure. I found a voice that I didn't have. I've become empowered," Lynch said. "I feel like I can have some peace and get on with my life."

He called on other abuse victims to come forward and tell their story.

Lynch could have faced four years in prison if convicted. The jury began deliberations late Monday and spent all day Tuesday discussing the case. They didn't deliberate Wednesday.