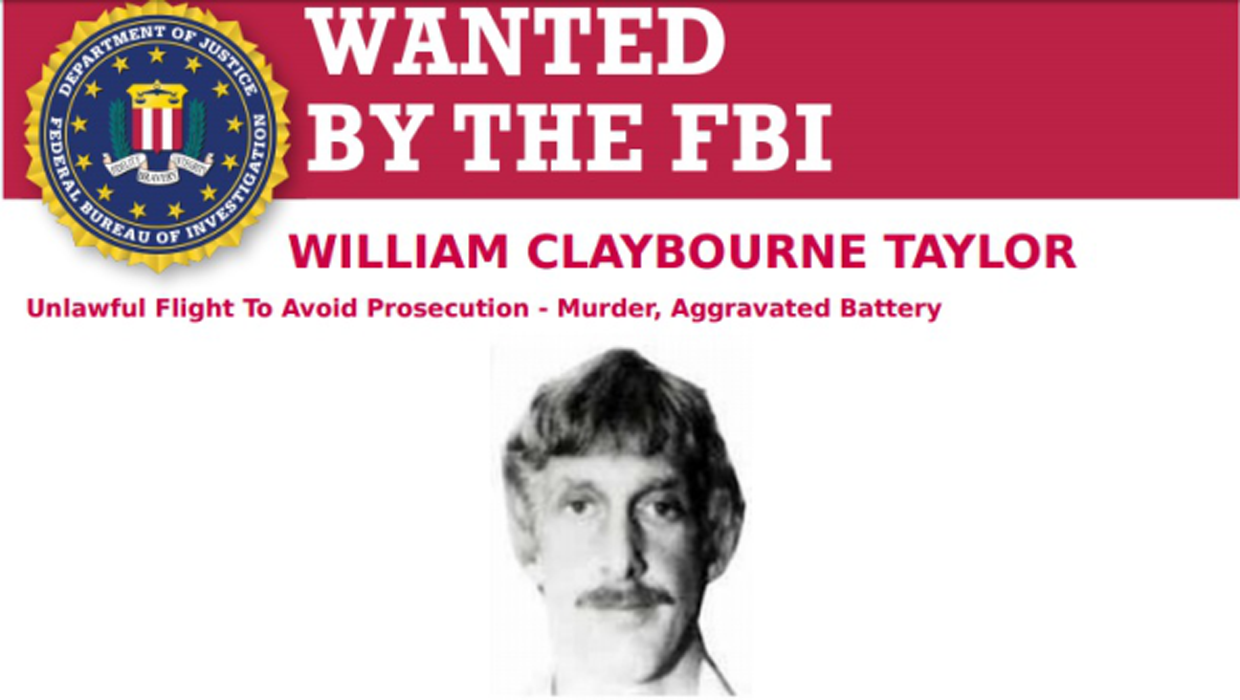 GREENSBORO, N.C. -- Authorities say a man wanted for the 1977 killing of a former immigration official in Florida has been arrested in North Carolina.

The FBI in Jacksonville, Florida, said in a news release Thursday that agents had recently developed information that 67-year-old William Claybourne Taylor was living in Reidsville under a false name. The release says he was taken into custody Thursday without incident and is being held in a detention center in Guilford County.

CBS affiliate WNCN reports Taylor was indicted on charges of murder and aggravated battery in the January 1977 shooting death of the former official with the Immigration and Naturalization Service and the shooting of a former mayor of Williston, Florida.

Officials said Taylor shot and killed the immigration official during an attempt to shoot the former mayor, the station reports.

Taylor was reportedly indicted by a Marion County Grand Jury in Ocala, Florida on May 15, 1980 on murder and aggravated battery charges. He was arrested five days later in Chattanooga, Tennessee, and released on $20,000 bond. However, officials say Taylor never appeared in Florida to surrender, and he's been on the run ever since.

"William Claybourne Taylor thought he could avoid taking responsibility for this horrible crime, but our agents continued an exhaustive search year after year," Michelle S. Klimt, Special Agent in Charge of the FBI Jacksonville Division, said in a statement released to the station. "To echo the words of former FBI Director J. Edgar Hoover, 'the FBI always gets its man.' We thank our law enforcement partners for their assistance, and hope this news brings comfort to the families of Taylor's victims."