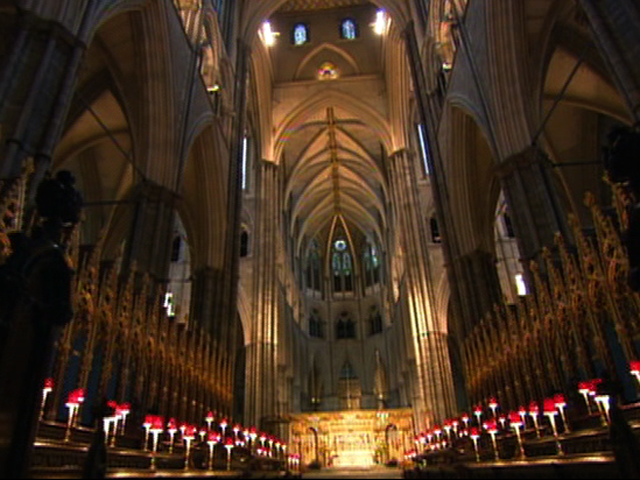 Thirty-thousand flowers, 5,000 cops, and one spectacular dress, the royal wedding will indeed be one colossal event from start to finish.

There is of course a tightly scheduled plan of action - any other way would be uncivilized! So, when will all of the pomp and circumstance begin?

According to "Early Show" co-anchor Erica Hill, the action in England starts around 11a.m. But in America, things begin much earlier - as early as 2 a.m. if you live on the West Coast.

CBS News Royal Contributor Victoria Arbiter breaks down the big day to make sure you know exactly what to watch and when. You don't want to miss the magical moment when Prince William and his new princess bride kiss on the balcony at Buckingham Palace!

One-hundred-sixty-four days ago, Prince William and Kate Middleton announced their engagement to the world. Tomorrow, their union becomes official.

Great Britain hasn't seen a royal bash this big since Charles married Diana 30 years ago. On that day, 750 million people tuned in for the event. Will and Kate's viewership is expected to nearly triple that. And with more than 7,000 journalists on hand to dissect every moment, it needs to go off without a hitch.

At 5:10 Eastern, Prince William and his brother Harry will leave Clarence House, his residence, and make the five-minute trip to Westminster Abbey.

A half a mile away at the Goring Hotel, the bride to be will be in a five-room suite that costs approximately $6,600 a night. But that's nothing compared to the $52 million tab London's stuck with.

At 5:40, the queen and her duke leave Buckingham Palace for the Abbey. Where most of the ceremony's 1,900 invited guests should be seated. After all, she is the queen.

Six minutes later, father and daughter will exit the hotel through a tented tunnel meant to conceal England's best-kept secret, Kate's gown. They'll make the trip to the church in a stylish Rolls Royce Phantom VI.

When Kate exits the car at 6 a.m., the ceremony begins. Sixty high-definition cameras will capture her four-minute walk down the aisle, broadcasting it to the world. But the mounted screens inside the Abbey will not, ensuring Prince William will be the last person in the world to see the beautiful bride.

The ceremony will take 90 minutes and among the known highlights are one orchestra, two choirs, two fanfare teams, 30,000 flowers, and 35 bomb-sniffing dogs.

Once they are wed, Kate the commoner becomes Catherine the princess. The 10 bells of Westminster Abbey will ring out in celebration for three hours, across a crowd of 1.1 million people.

At 7:45, a carriage procession led by the household cavalry will escort the newly-weds back to Buckingham Palace where they'll emerge at 8:30 for the traditional balcony kiss.

But no matter where you live, or what time you get up, this is one wedding you'll never forget.