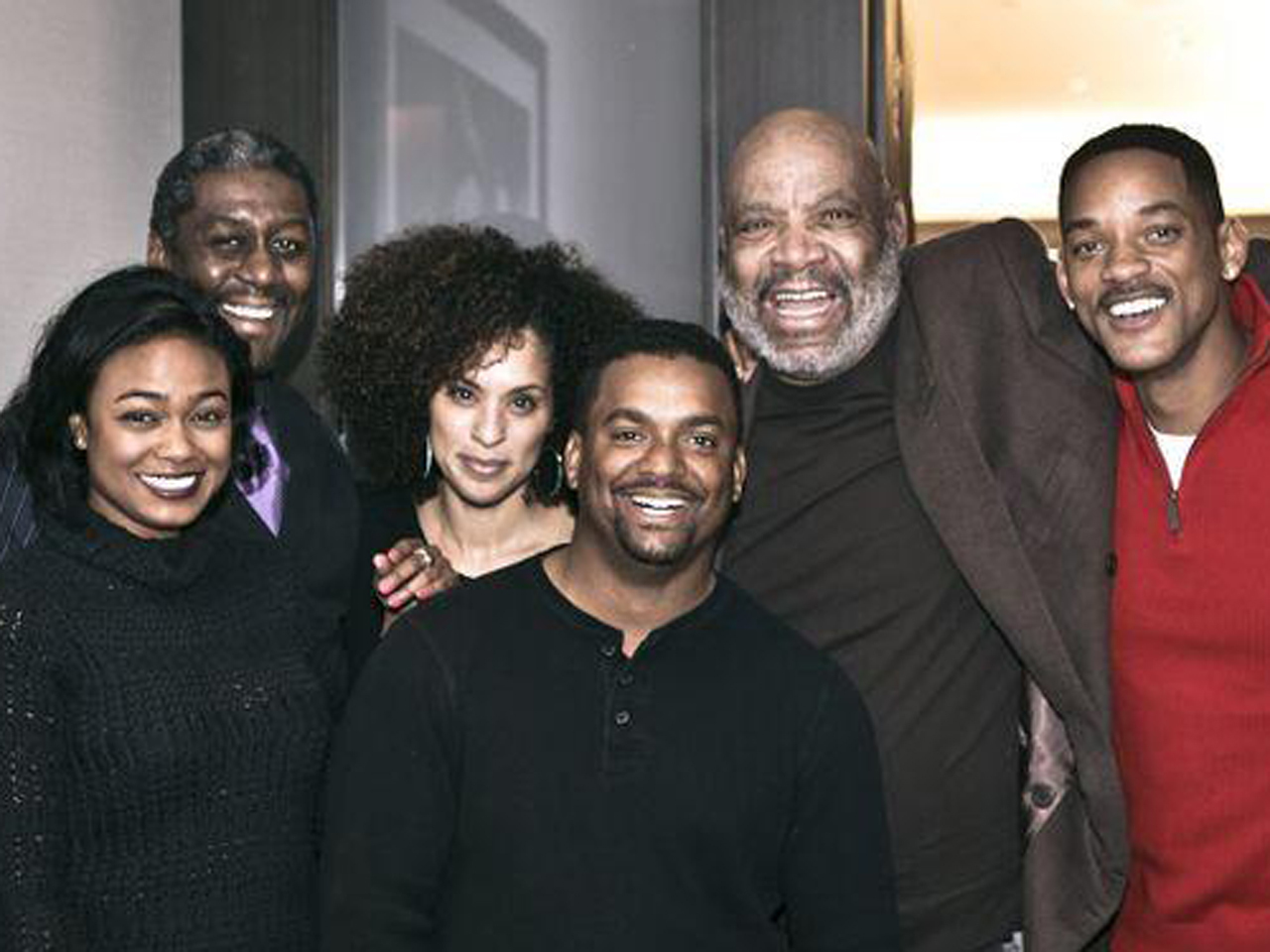 (CBS) It's a "The Fresh Prince of Bel-Air" reunion!

Will Smith reunited with some of his co-stars from the show, which went off the air in 1996, and shared the photo with fans on Facebook.

"Got the Holiday season started right with a 'Fresh Prince of Bel Air' reunion...there's nothin' like spending Holidays with fam!" the actor wrote on Thursday.

Posing with Smith are, from left, Tatyana Ali (Ashley), Karyn Parsons (Hillary), James Avery (Uncle Phil) and Alfonso Riberio (Carlton). The other man in the photo was not identified.

The photo, according to TMZ, was taken last week at a luncheon for the charity Sweet Blackberry, which was founded by Parsons.