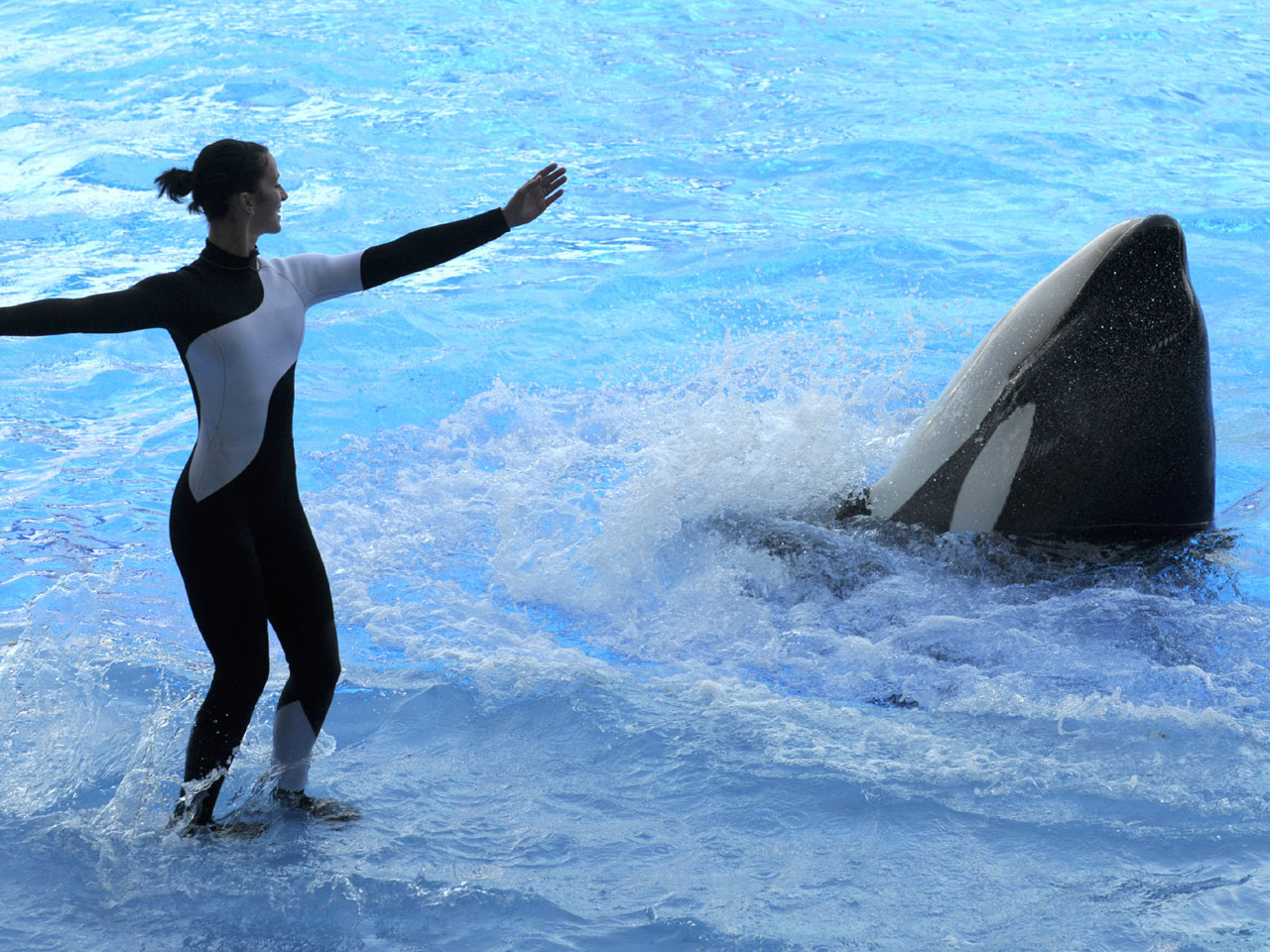 SeaWorld's future may lie with federal judges over a decision involving the aquatic parks' most popular draw: killer whales.

For decades, orcas have been the biggest show at Sea World, but trainers have been banned from close contact with the whales since 2010 when trainer Dawn Brancheau was thrashed and drowned by Tilikum, a 12,000 pound killer whale at SeaWorld Orlando. Federal safety regulators cited SeaWorld for violating workplace safety laws and banned trainers from close contact with the whales unless separated by a protective barrier. SeaWorld is now appealing that ruling.

David Kirby wrote "Death at SeaWorld" and is following the current court case in which SeaWorld claims their business is no more risky than most professional sports which often end in injury.

"The stakes in this case actually could not be higher," Kirby said. "It's a very, very good point for Sea World to make. Why us and why not NFL or NASCAR? Because let's face it, the show is much more spectacular when the trainers are in the water than when they're just on stage."

In court documents filed Wednesday, SeaWorld stated that "close contact with killer whales is essential to the product offered by SeaWorld, and is indeed the primary reason trainers and audiences have been drawn to SeaWorld for nearly 50 years."

Trainers do still get close enough to feed and train the animals, but do not get in the water. The government argues that killer whale behavior is simply too unpredictable. In 2006 at San Diego, SeaWorld trainer Ken Peters was repeatedly dragged to the bottom of the pool until he finally swam to safety. In 2004, another trainer was attacked at SeaWorld San Antonio.

Government lawyers wrote in their brief that "forty-plus years of history at the SeaWorld parks have yielded occasion after occasion where captive killer whales have not responded as their trainers intended."