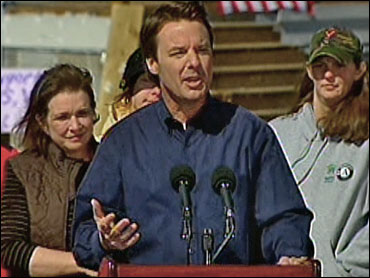 This column was written by Harry Smith.


I'm going to miss John Edwards. Now that he's suspended his campaign for the Democratic presidential nomination, I have a feeling we'll be hearing less and less about the poor.

Yes, he did get pledges from both the Clinton and Obama campaigns to make poverty a central part of their mission. And we heard both Hillary and Barack speak passionately about the poor yesterday.

But will they tomorrow and the day after?

You'd have difficulty finding many people in America starving to death. But there are millions living in a way that truly is shameful in a country so blessed.

The Old Testament orders the rich to open their hands to the poor. Jesus said that the poor will always be with us. Even he knew there were no easy solutions to poverty.

Yet, Edwards made the poor his cause. Probably not a way to get elected president.

For to listen to Edwards was to be reminded of our shortcomings. And in the end, most of us vote for ourselves.