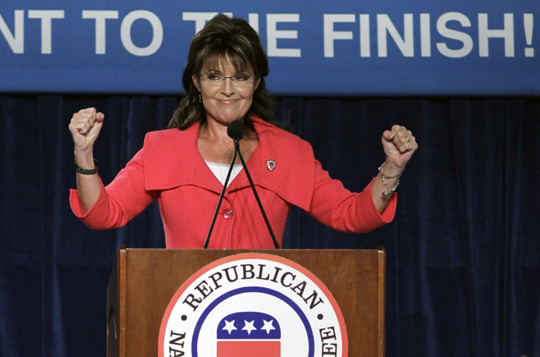 "If she wanted to, she is the front runner for the nomination, if she isn't, she is the kingmaker," he said. "Either way, she is definitely a force to be reckoned with and not someone to underestimate."

Palin, whose new book "America by Heart" was released on Tuesday, could be boosted in a presidential bid by her prominence in the media. Newton-Small says that Palin has the luxury of a late entry because she has the name recognition.

"She is not like Tim Pawlenty, who is the Governor of Minnesota, who has to go out there and explain to people who he is, his biography, people already know who she is," he said. He added: "None of the other candidates out there have the same kind of contrast that she has drawn with Obama and popularity, especially with the Tea Party."

Palin draws distinctions between herself and President Obama in her book. She discusses why she believes in small government while quoting notable historic figures such as Thomas Jefferson.

"A lot of it is going through policy by policy, why she is a big believer in constitutional conservatism," Newton-Small told Plante. "Going back she spends a lot of time quoting Alexis de Tocqueville and Thomas Jefferson, it is like she is saying look Katie Couric, not only do I read, I read all of these things, and I read a wide breadth of things."

Despite constant speculation on whether she will run in 2012, it could be a while before Palin makes an announcement.

"She can wait until May or June if she wants to throw her hat in the ring. It is not something we are going to find out if she is running for many months," said Newton-Small.