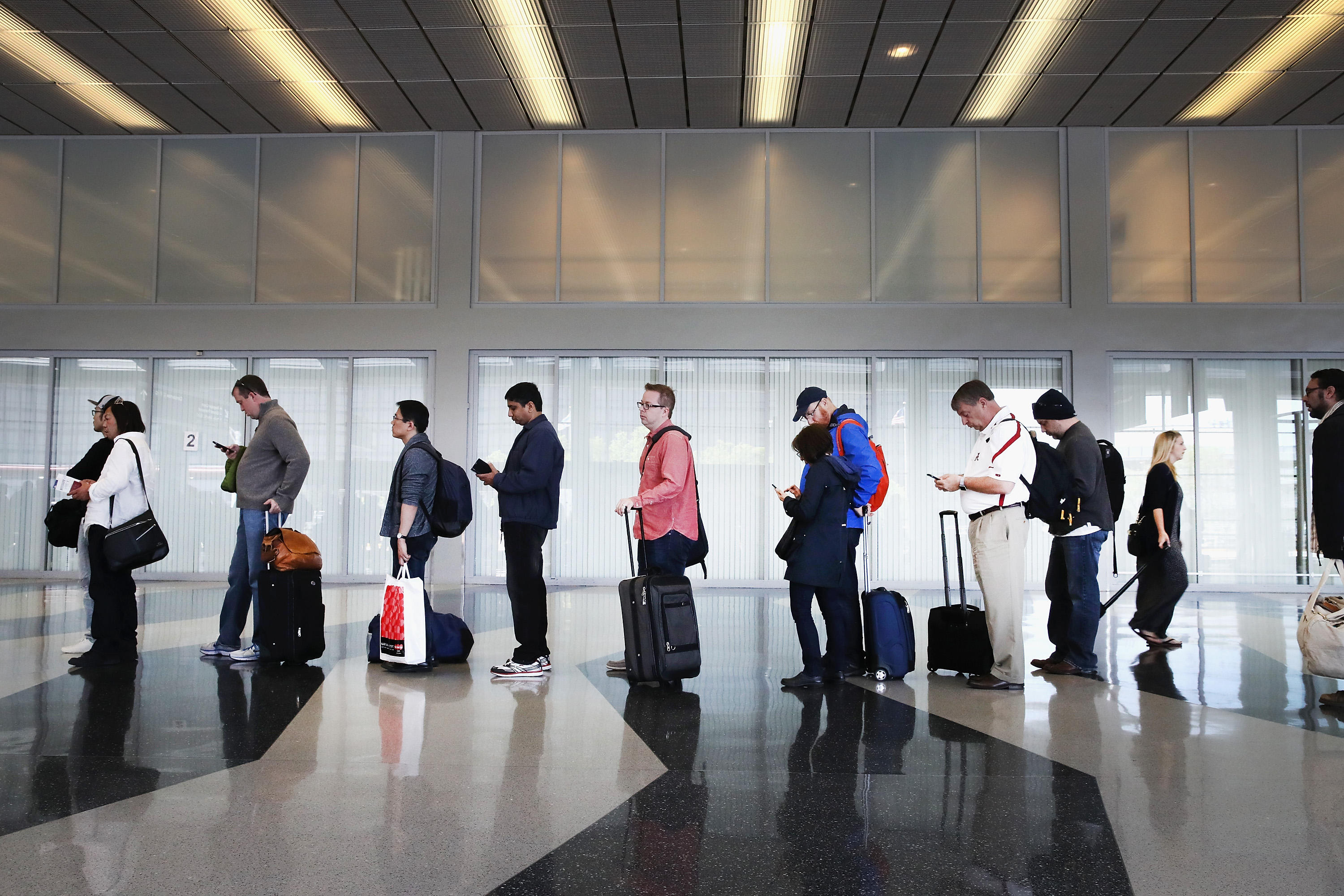 The Transportation Security Administration (TSA) is encouraging travelers to allow for extra time at the airport on Friday, which could be the agency's busiest day ever. June 29 is expected to be the peak day for the July Fourth holiday rush, with TSA projecting it will screen about 2.7 million crew members and passengers, and possibly setting a new record.

The current record was set on the Sunday after Thanksgiving Day in 2004 when TSA screened 2,713,864 people at checkpoints across the U.S.

The Fourth of July holiday is not typically associated with the level of travel seen around Thanksgiving, CBS News transportation correspondent Kris Van Cleave reports. But AAA predicts that 3.8 million people will travel by air for the holiday -- a 7.9 percent increase from last year, and a record.

Last weekend was also "remarkably busy," according to TSA Assistant Administrator for Public Affairs Michael Bilello. TSA screened more than 2.6 million passengers and crew a day on Thursday, Friday and Sunday. Those days were busier than the Friday before Memorial Day this year and the Sunday after Thanksgiving last year.

TSA is encouraging people to read its summer travel tips. And it has another message: don't bring fireworks.

"Fireworks and firecrackers are explosive and flammable, so in an effort to keep the skies safe, fireworks are prohibited from being transported in both carry-on and checked bags," it said in a blog post.