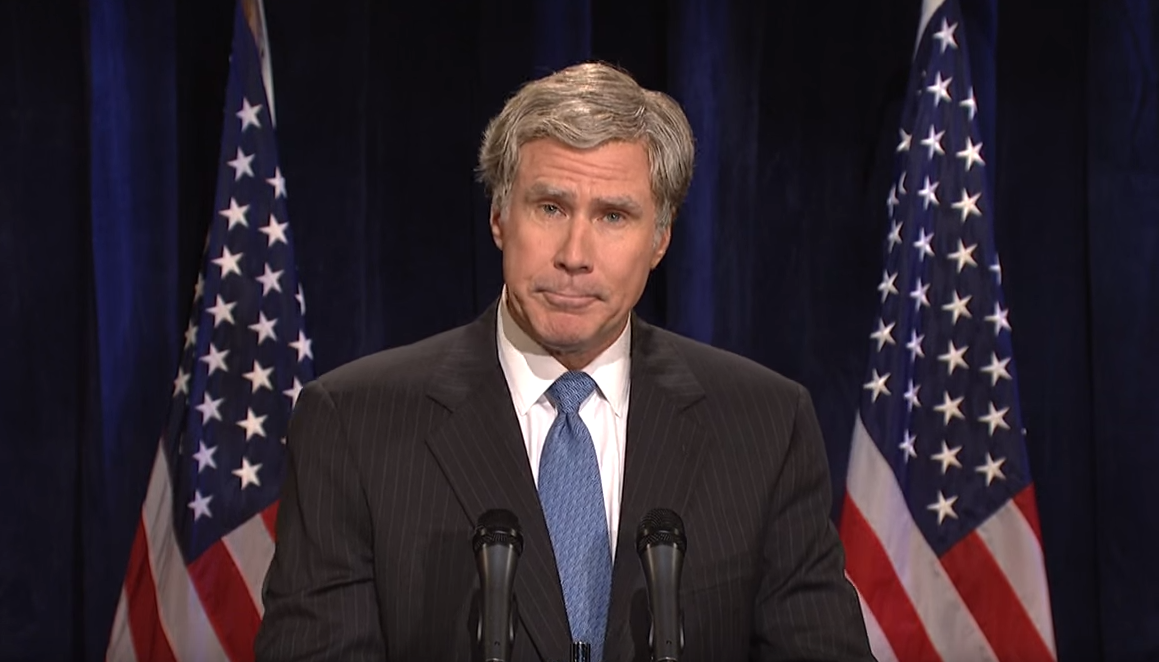 Will Ferrell returned to "Saturday Night Live" to bring back one of his most beloved characters: George W. Bush.

The comedian delivered a hilarious opening monologue as the 43rd POTUS, talking about the presidential race and the GOP candidates; he also skewered Donald Trump.

Ferrell (as Bush) first talked about Ben Carson, saying, "He's some kinda brain surgeon and I got news for him: Running the country is not brain surgery."

Of Carly Fiorina, he said, "I like Carly. She's got guts. She got fired from her job. She got her butt kicked in a Senate race."

He said Rubio and Cruz sounded like "a Miami law firm," but he saved his biggest diss for Trump.

Ferrell's Bush also disagreed with Trump's ideas on immigration. Watch the clip below to see what else Ferrell's Dubya had to say.