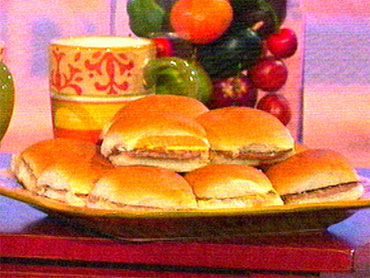 Both Will and Jada Pinkett Smith started their careers on successful TV sitcoms. He was "The Fresh Price Of Bel Aire" and she costarred on the Cosby Show spinoff, "A Different World."

They return to television Tuesday, this time behind the scenes as executive producers of the new UPN sitcom, "All Of Us." UPN is owned by CBS.

The Early Show co-anchor Julie Chen caught with the couple to get the scoop on their new venture, which, according to press materials, was inspired by their real-life adventures.

Asked where the reality starts and ends for this sitcom, Smith says with a laugh, "You'll just have to watch and guess. We almost couldn't make a TV Swow about my situation. It's almost fairy tale. My ex and Jada are both very calm and they deal with each other cordially and respectfully."

Pinkett Smith notes, "We would have to do an HBO drama if it represented our lives for real."

So is it a comedy or a drama? Pinkett Smith says it is all about perception: "We hear such horrible stories, especially dealing with this. We spoke to many therapists and we had a focus group of many different people that have gone through divorces, and some of their stories were just really horrible, which makes you look at your situation and realize you really got it good. We really got it good."

The couple is often credited with having one of the most successful marriages in Hollywood. Their secret? "Ask me in 30 years," Pinkett-Smith says.

She adds, "I know people that have been married for 35 or 40 years and I sit and talk to them about their experiences and how they make marriages work. People have to look at marriage realistically. It's not a fantasy; it's not a game; it's a partnership. I think once you have a realistic perception of what a marriage is really about, it really becomes a lot easier."

The Smiths may have inspired "All of Us", but the show's stars are quick to point out that blended families are universal and can be very funny.

The show's leading man, Duane Martin, says, "Baby-mama drama is real in America and we are just trying to bring it to the forefront, because there's a lot of comedy that comes with it and you have to laugh about it."

He continues, "When you are going through a situation, you may not realize the hilariousness of it in the moment, but definitely you look back on it and go, 'Wow, I was really jealous when she did that, I don't know what I was thinking about. I was silly.'

"I think that's one of the things that Will and Jada noticed about their own relationship and not necessarily trying to make our show about their relationship but, as he just said there are a lot of blended families in America so why not put that on TV and make it funny."

Martin is also a long-time friend of Will and Jada. In fact, it was Martin who introduced the two.

Smith says, "That's why he got the lead. He hooked us up. He was one of the first people who Jada met when she moved to Los Angeles."

Martin says he and his wife just "thought they make a perfect couple. They didn't think so."

They do now - a perfect couple who add the title of executive producer to two very busy careers.

Another Reason To Eat Your Veggies