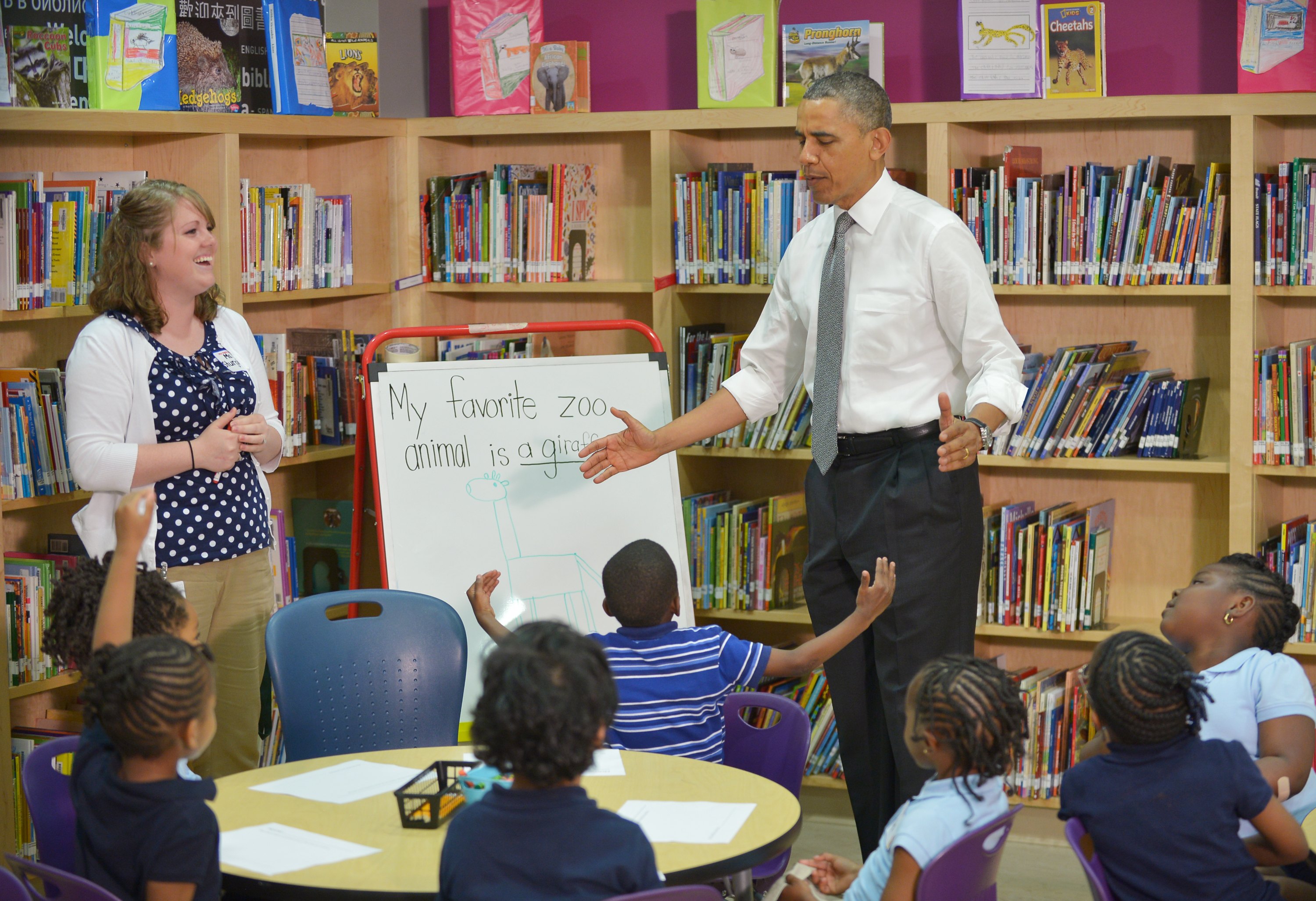 A robust partisan divide in Washington over the role of the federal government in education reform is keeping recent proposals to tweak the American education system on the sidelines, raising the question: will Congress take action or just perpetuate a never-ending debate on the issue?

Two weeks ago, President Obama pushed again for universal pre-K in his State of the Union address, "Last year, I asked this Congress to help states make high-quality pre-K available to every four year-old. As a parent as well as a president, I repeat that request tonight."

In response, Sen. Lamar Alexander, R-Tenn., the top Republican on the Senate Health, Education, Labor and Pensions Committee, told CBS News that his mother was a kindergarten teacher so he is "all for" early education but he does not think pre-K is an area where the federal government should be involved.

Alexander's mother hated when the welfare inspector came to check out her nursery and kindergarten that was in their garage. Why? "Because she thought she knew a lot more about it than they [the federal government] did," Alexander explains.

"I think we should always be talking about it but I think we have a better way to do it than a big promise from Washington," said Alexander, who has introduced separate legislation that would give vouchers to low-income students they could use at the K-through-12 school of their choice.

As the push for better results ensues, suggestions to implement universal pre-K and school choice are falling under the microscope of education experts. High school graduation rates in the U.S. inched up every year since 1995 yet America is slipping behind in the O.E.C.D. international rankings of student achievement.

Robert Balfanz, the co-director of the Everyone Graduates Center and research scientist at the center for Social Organization of Schools, believes that implementing universal pre-K is a good tool to have in the toolbox. But he does not label it a fix-all remedy.

"As powerful as it is, it is not super-inoculation," explains Balfanz of pre-K education.

The Obama administration points to the 2005 HighScope Perry Preschool Study, a long-term Michigan-based study, that shows a focus group of children who received pre-K were more likely to graduate from high school and went on to earn higher incomes than focus group of children who did not. Yet certain studies, such as a 2013 study from Vanderbilt University, show that pre-K has positive short-term effects but it does not make holistically positive conclusions about the effect that pre-K has on students in the long-term.

Kara Kerwin, president of the Center for Education Reform, suggests that proposals for federal investment in early childhood education are layered with ulterior motives.

"I see that [universal pre-K proposal] more as a tactic, not a solution. A tactic for avoiding all of the controversy among K-12 education," Kerwin said.

But focusing on the whole education spectrum is important, explains David Johns, the Executive Director of the White House initiative on Excellence for African Americans. "Unfortunately in this country we don't have the luxury of focusing on a particular point of the pipeline, we have to make comprehensive investments to make sure that the people are successful," he told CBS News, noting pre-K and early learning are indeed critical.

Alexander argues that investing in school choice will be as beneficial as with other existing federal education programs that give the states flexibility.

"What I am going to do is argue to my Democratic friends, look you like the student loans for college students, you like the GI bill for veterans, if that has helped to produce the best colleges why not us the same kind of funding to help produce the best funding for elementary and high schools. And why not give choice to the low-income people who do not have it today when people with money do have it," Alexander explains. He makes it clear that this plan will not trump the plans that certain states may already have in place.

More than a dozen states already exercise some version of school choice and with the education debate in Washington facing "unchartered waters," as Balfanz describes it, local governments will still be ground zero for education reform.

"We can't wait on the federal government to do this," says Dave Lawrence, president of The Early Childhood Initiative Foundation. "The real power in changing education in America will come from local communities deciding what they want for their children."