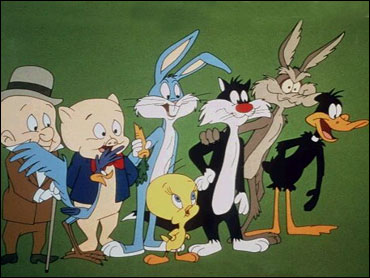 Hillary Clinton certainly cleaned up in West Virginia on Tuesday. But, even her two-to-one margin over Barack Obama would not be enough to win her the nomination.

Will she be able to repeat that feat in the rest of the primaries? No, Clinton would have to win 92% of the vote to pull that off. That seems unlikely… though if it's possible, then why not stay in the race?

I keep imagining a road runner cartoon. Senator Obama is the Road Runner and Senator Clinton is Wile E. Coyote. Maybe just this once the anvil will fall on the Road Runner's head…and the Coyote will be declared the winner.

We watched those cartoons not because we wanted to see the Road Runner get away, but because each week the Coyote really believed he'd prevail.

With a 20 million dollar campaign debt and the odds hopelessly stacked against her, plenty of people are wondering why Clinton is still in the race.

Maybe Senator Clinton is a little like Wile E. Coyote and just doesn't know when to quit.
By Harry Smith