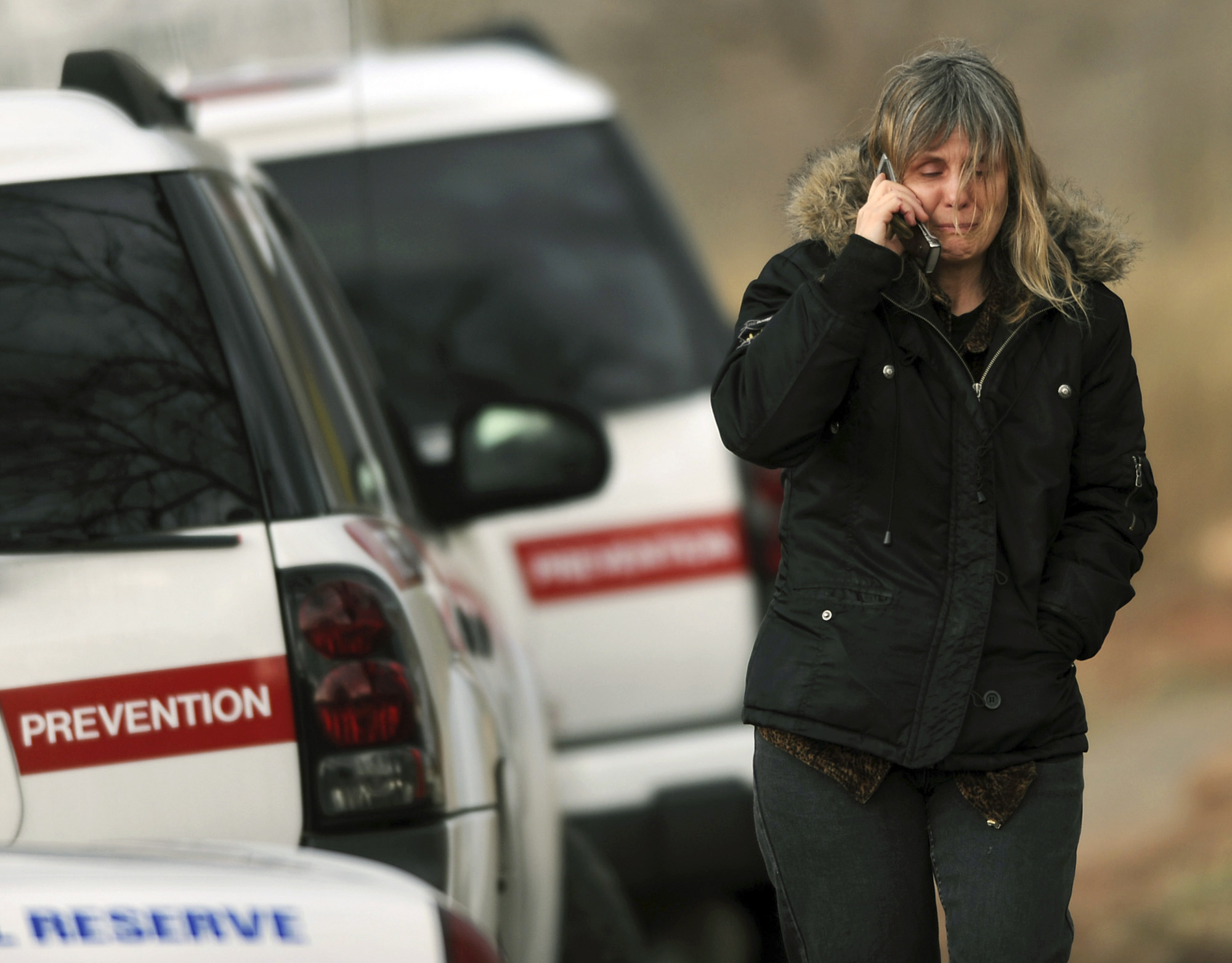 Wildfires, driven by wind and sustained by record-high temperatures, have swept across at least three states in the Southwest forcing thousands to evacuate and charring at least 20 homes.

Crews fighting a Colorado wildfire are trying to get control of a blaze that has destroyed about 15 homes.

Authorities plan to use air tankers and helicopters on Monday to drop slurry and water on the fire around 15 miles west of Fort Collins. The weather is forecast to grow windier and warmer, with gusts of up to around 40 mph.

Snow and cold weather on Sunday helped calm the 7-square-mile fire in a rugged, hilly area. However, fire managers say there are still hot spots that winds could spread.

The fire is about 5 percent contained. Crews are building containment lines and checking to make sure the fire isn't spreading beyond that perimeter.

Residents of more than 300 homes were evacuated but have been allowed back.

"It was pretty nice when the rain and the snow came," Rist Canyon resident Aaron Brault told The Associated Press by phone. He said he packed bags and prepared to evacuate despite the wet weather. "We're keeping our eye on the fire."

Authorities called for evacuations in the Oklahoma Panhandle town of Guymon on Sunday as warm and windy conditions fueled numerous grass fires across the state.

A grass fire west of Guymon led authorities to evacuate the western and southern portions of the town of about 10,500 people in Texas County, said Michelann Ooten, a spokeswoman for the state Emergency Management Department. She said a shelter had been set up at a Methodist church in the town for those displaced by the fire.

Texas County emergency management director Harold Tyson said Monday morning that the fire destroyed one home and at least two businesses near the Oklahoma Panhandle town. He says it also damaged an undetermined amount of outbuildings.

Tyson says the fire started Sunday about six miles west of Guymon on U.S. Highway 54, which was closed for about 5.5 hours as crews fought the blaze. Firefighters now are working to mop up areas where the fire is trying to rekindle.

He says snow fell in Guymon on Monday morning and winds are gusting above 30 mph. Much of Oklahoma remains under a wind advisory Monday.

"We had a number of cases of people driving into the smoke," Ooten said.

She said the fire was one of about 100 burning in Oklahoma on Sunday, as high temperatures reached into the 80s and 90s across the state. Tulsa tied a record high for April 3 at 88 degrees, according to the National Weather Service, which issued a red-flag fire warning for the western third of the state. Much of Oklahoma also was under a wind advisory or high wind warning.

Another fire burned near Lake Keystone, about seven miles west of Sand Springs in Tulsa County. Ooten said a helicopter has been called in to help fight that fire and some homes were being threatened, but didn't have more details. A Tulsa County emergency management official did not return messages left Sunday.

A wind-driven New Mexico grass fire that has destroyed five houses and several barns, forced evacuations and knocked out power to about 1,000 homes and businesses has tripled in size, but fire crews hoped improved weather conditions would help them Monday, officials said.

More than 100 people at Ruidoso Downs Racetrack and Casino were ordered evacuated Sunday, as were several neighborhoods in the community of Ruidoso Downs. That area is about 200 miles south of Albuquerque.

New Mexico Forestry Division spokesman Dan Ware confirmed that the buildings were damaged by the blaze, which has not been contained. The fire has scorched more than 6,500 acres, or over 9 square miles, on private, state and federal land in southern New Mexico, he said.

The fire continued to threaten buildings, but the forecast calls for lighter winds and lower temperatures Monday, Ware said.

He said he did not know the locations of the burned homes but several barns were destroyed that were east of the Ruidoso Downs Racetrack and Casino, which is home to the All-American Futurity. The race is one of the richest in quarter horse racing: last year's winner earned $1 million.

"As far as I know, there wasn't any damage to the track," Ware told The Associated Press. "Some barns in the area might have been damaged."

About 125 to 150 customers and staff evacuated from the casino portion, Ruidoso Downs security official Charlie Falke said. The racetrack was closed at the time.

"We didn't see any flames; we just saw smoke," he said, adding that neither the track nor the casino was damaged that he expected the casino to reopen Monday.

Among those also under evacuation orders were the Ruidoso Gardens, Spaghetti Flats, River Ranch and Homestead Acres neighborhoods.

The blaze was near the Alto power substation, which serves about 1,000 homes and businesses, said Clint Gardner, a member services manager for Otero County Electric. Gardner said the extent of damage to the power lines was not immediately known.

The blaze began Sunday afternoon in Gavilan Canyon in Ruidoso. The cause also was not immediately known.

In the central part of the state, firefighters made progress on another wind-driven wildfire that prompted the evacuation of 50 people from the New Mexico Boys Ranch for underprivileged children, Ware said. That fire grew to about 2,000 acres and was believed to be human caused, he said.

Conditions in the area, which is more than 60 miles south of Albuquerque, were "blowing, smoky, dusty, very, very dry," said Vicky Fox, a fire information officer. No structures have burned, Fox said.

A third fire that had blackened about 2,000 acres in the Uvas Valley along N.M. 26 was nearing containment, Ware said.