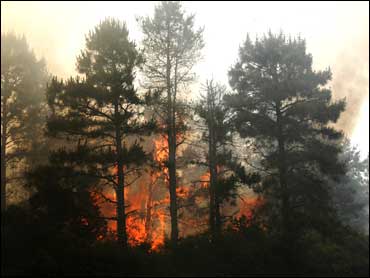 Fire officials are warning people living near a massive wildfire at a federal wildlife refuge in eastern North Carolina that the blaze could smolder for months in the peat-filled soil.

The fire had burned about 30,000 acres in and around the Pocosin Lakes National Wildlife Refuge in eastern North Carolina, about 70 miles south of Norfolk, Va., as of this morning.

It says high temperatures near the fire this weekend are expected to be near 100 degrees, creating ripe conditions for the blaze to keep burning.

Winds have shifted from the west today, blowing smoke toward the Outer Banks.

No injuries or structure damage has been reported.