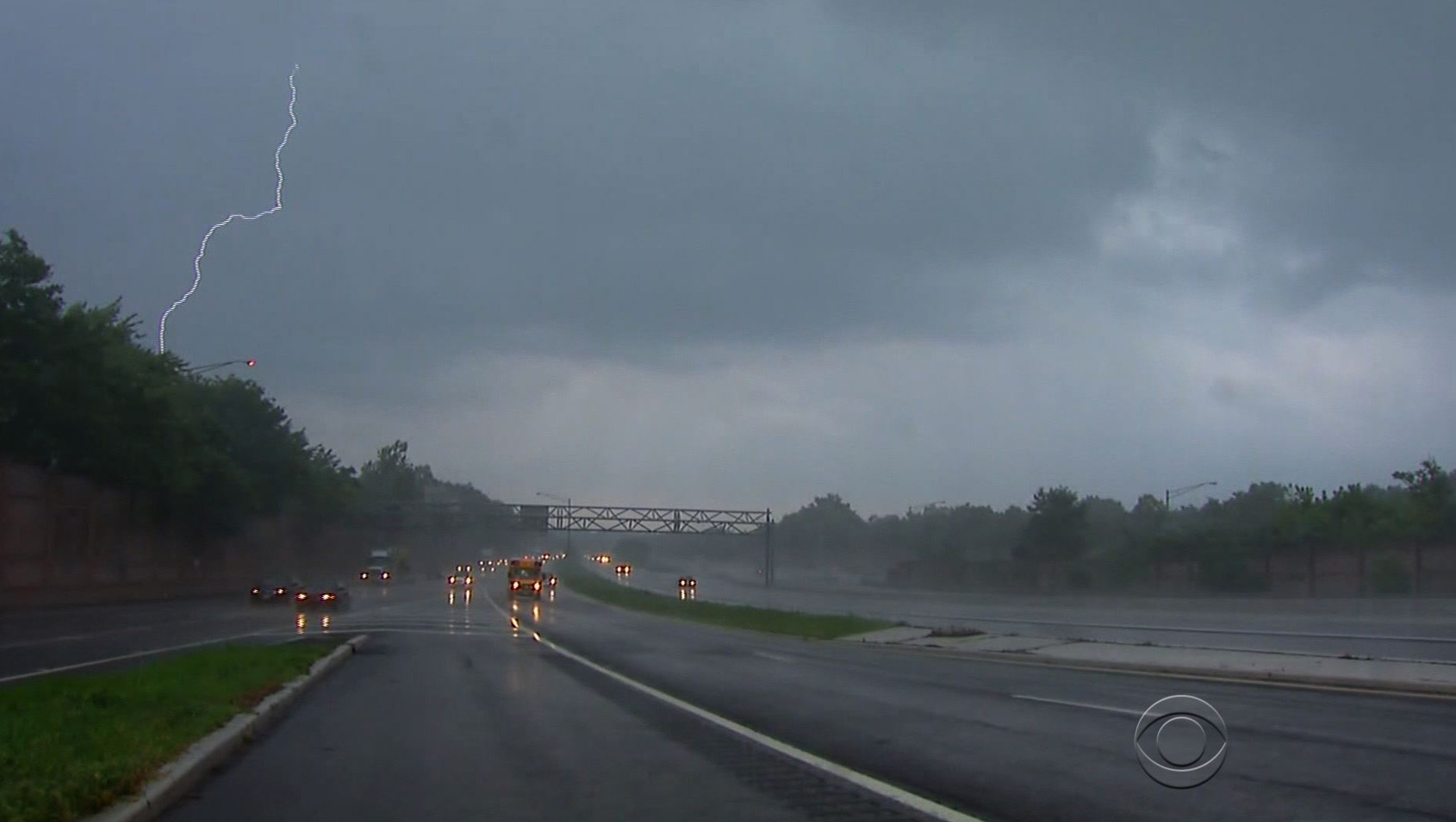 Tuesday could be a very loud and potentially dangerous night in much of the country.

Thunderstorms, some severe, are possible for 195 million people from west to east.

It's part of a system that has already brought heavy downpours this week to parts of the East, sent temperatures plummeting in the Midwest, and worsened the drought in the West.

Severe thunderstorms tore through parts of Maryland, Virginia, New Jersey and New York on Tuesday afternoon. Flash-flood warnings have been posted, with some areas expecting as much 3 inches of rain.

The storms ran along the eastern edge of a bubble of cold air that's dropped over the Midwest. Kansas City, St. Louis and Chicago usually have highs in the 80s this time of year. On Tuesday afternoon they were in the 60s and 70s -- that's more than 15 degrees below normal.

This is typically the hottest week of the year in the Minneapolis area. But on Monday it was the coldest July day in Minneapolis since 1884.

Kris Weiby, who runs a city pool, says attendance is down 20 percent.

"Normally our concession stand would have a line of 10 to 15 people for four hours straight and we'll also have all our lounge chairs taken - you can barely get a chair. It's just a night and day difference from what we're seeing in the last couple of weeks," Weiby said.

We're watching a lot of stormy weather still holding on, especially on the East Coast. So we have the well-below average air, it's all across the middle of the country, but still the warm, humid air in the Interstate 95 corridor. Where those air masses clash there will be the perfect ingredients for storms.

A severe thunderstorm watch was up from Connecticut right on down into North Carolina. There will be gusty winds but in particular heavy, heavy rainfall. We'll be looking at 1 to 3 inches locally, perhaps even more, leading to spots of localized flooding and lots of delays at Eastern airports.

There are some people with this pattern who are going to be happy tonsee the rainfall and that includes the southern plains. An area of low pressure Wednesday drifts down from the Four Corners with the chance of big clusters of thunderstorms and 2 to 5 inches of rain in Texas and parts of Oklahoma. In areas in the midst of a drought, that would be a good thing.