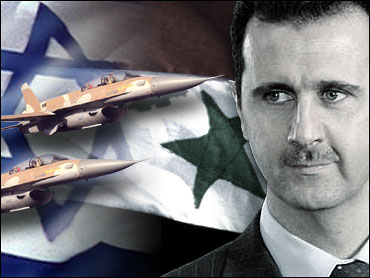 Israel destroyed a Syrian nuclear reactor in 2007, constructed with apparent help from North Korea, fearing it was built to make a bomb, according to the Jerusalem Post.

In a leaked diplomatic cable obtained by the daily Yedioth Ahronoth, then-US secretary of state Condoleezza Rice wrote the Israelis targeted and destroyed the Syrian nuclear reactor just weeks before it was to be operational.

"Our intelligence experts are convinced that the attack targeted by the Israelis is in fact an atomic reactor of the same type built by North Korea in Yongbyon," she wrote in the message dated April 2008. "We have avoided sharing this information with you until now for fear of and in an attempt to avoid a conflict."

The receiver of the cable is not immediately clear.

Also in the cable, Rice details why U.S. intelligence services believed the reactor was not built for civilian purposes: First, it was not designed as a power station, nor was it suitable for research purposes. Second, it was isolated from populated communities. Third, Syria took "far-reaching steps" to hide the site. Fourth, Syria did not provide representatives of the International Atomic Energy Agency with sketches of the site.

Based on this intelligence, Rice concluded in the cable that "the hiding and lies spread by Syria in the months after the attack are clear proof that it has something to hide."

Israel has for its part never denied that its air force attacked a target in Syria, without ever officially claiming responsibility for the action, Agence France Press reports.

Former US president George W Bush recounted in his memoirs that he resisted Israeli pressure to bomb the site, AFP reports.

In 2008, current US President Barack Obama said when he was a Democratic hopeful for the White House that Israel was right to bomb the suspected nuclear facility in Syria.