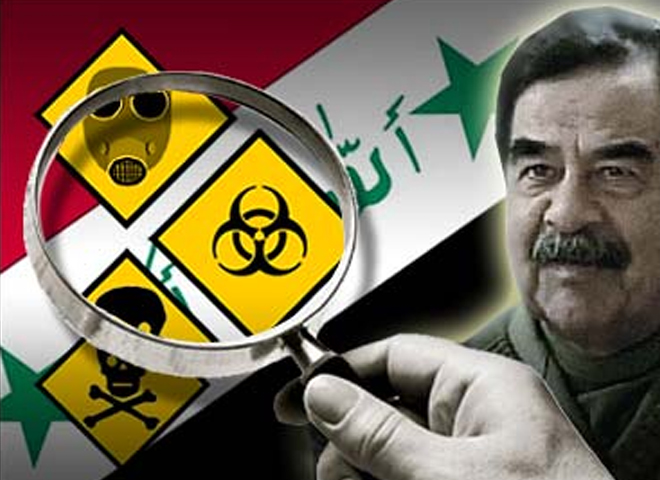 The nearly 400,000 Iraq war log documents released by WikiLeaks on Friday were full of evidence of abuses, civilian deaths and the chaos of war, but clear evidence of weapons of mass destruction - the Bush administration's justification for invading Iraq - appears to be missing.

"An initial glance at the WikiLeaks war logs doesn't reveal evidence of some massive WMD program by the Saddam Hussein regime - the Bush administration's most (in)famous rationale for invading Iraq. But chemical weapons, especially, did not vanish from the Iraqi battlefield. Remnants of Saddam's toxic arsenal, largely destroyed after the Gulf War, remained. Jihadists, insurgents and foreign (possibly Iranian) agitators turned to these stockpiles during the Iraq conflict - and may have brewed up their own deadly agents."

Shachtman found that the Iraq war logs contain hundreds of references to chemical and biological weapons, but nothing that would indicate a major find of WMD material. He wrote:

"In the summer of 2008, according to one WikiLeaked report, American troops found at least 10 rounds that tested positive for chemical agents. 'These rounds were most likely left over from the [Saddam]-era regime. Based on location, these rounds may be an AQI [Al Qaeda in Iraq] cache. However, the rounds were all total disrepair and did not appear to have been moved for a long time.'"

At this point, history will still record that the Bush administration went into Iraq under an erroneous threat assessment that Saddam Hussein was manufacturing and hoarding weapons of mass destruction.

In his forthcoming book, "Courage and Consequence: My Life as a Conservative in the Fight," Bush adviser Karl Rove reflected on the course of history if the Bush administration had been more skeptical of the WMD intelligence reports: "Would the Iraq War have occurred without W.M.D.? I doubt it. Congress was very unlikely to have supported the use-of-force resolution without the W.M.D. threat. The Bush administration itself would probably have sought other ways to constrain Saddam, bring about regime change, and deal with Iraq's horrendous human rights violations."