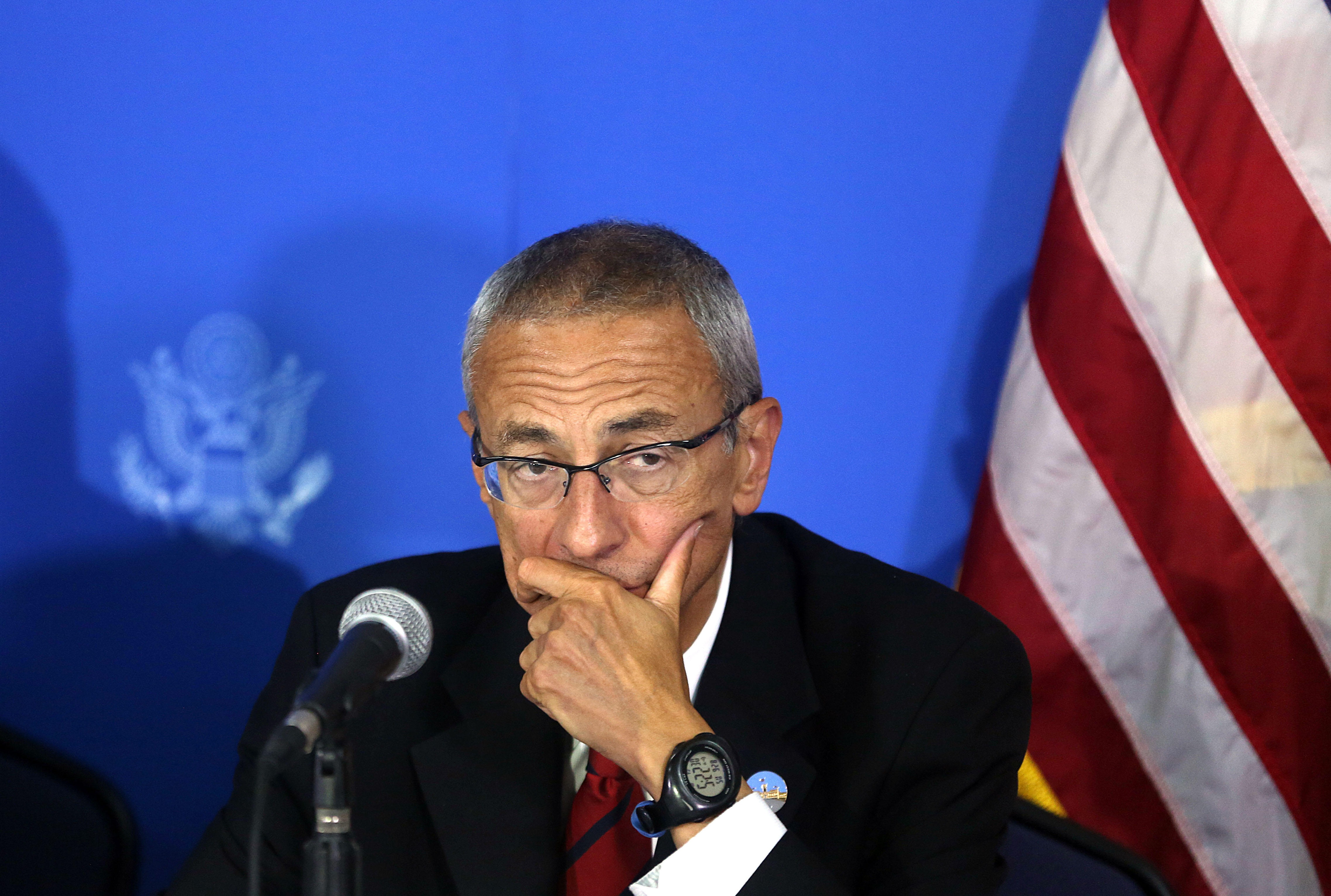 The latest batch on Saturday details how some of Hillary Clinton’s campaign aides felt about an adviser to then-Democratic presidential candidate Bernie Sanders, among other revelations.

In one exchange between Clinton’s campaign chairman, John Podesta, and Neera Tanden, the president and CEO of the liberal think tank Center for American Progress (CAP), the two discuss a recently added adviser to Bernie Sanders.

Podesta wrote to Tanden that he gave Shakir “a very hard time” over the defection to the Sanders camp.

“I have to say this does not go down easy with me,” Podesta said, before adding: “Wish him well in life.”

Just as the controversial news on Hillary Clinton’s private email servers heated up, the campaign debated whether the Democratic presidential candidate should joke about the issue at an event with the pro-choice group EMILY’s List.

In one email chain from last March, Nick Merrill, Clinton’s press secretary, noted that he wouldn’t “think it’s nuts if we can come up with the right thing.”

Kristina Schake, Clinton’s deputy communications adviser, added that “it would be good for her to show some humor.”

“This is her crowd so the response would be great,” Schake said.

But at least one person on staff -- Mandy Grunwald, a communications adviser to Clinton -- expressed discomfort at the possibility of joking about the sensitive news.

“Margolis and I discussed,” Grunwald wrote in the email referring to media adviser Jim Margolis. “We don’t know what’s in the emails, so we are nervous about this. Might get a big laugh tonight and regret it when content of emails is disclosed.”