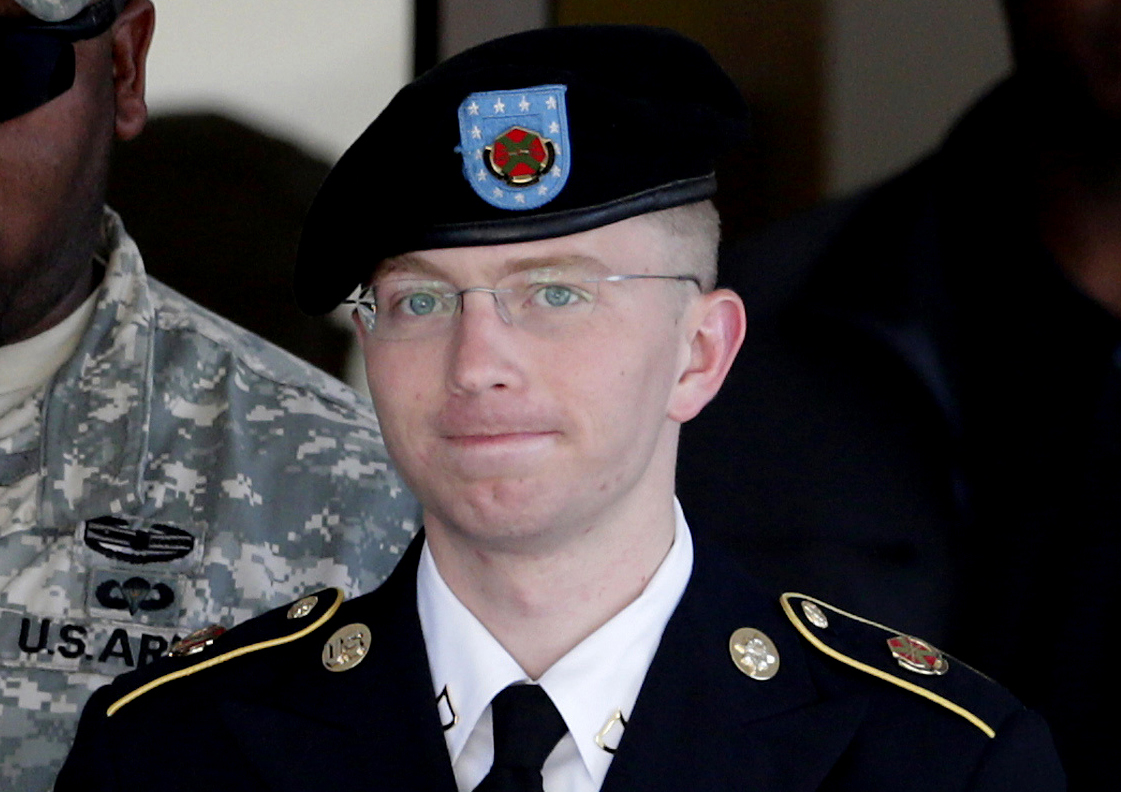 FORT MEADE, Md. Prosecutors are using a Civil War court-martial to advance their case that an Army private charged with sending hundreds of thousands of classified documents to the secret-spilling website WikiLeaks aided al Qaeda.

Lawyers for Pfc. Bradley Manning refute the government's claim that Manning's case parallels that of Pvt. Henry Vanderwater, a Union soldier convicted in 1863 of aiding the enemy by giving an Alexandria, Va., newspaper a command roster that was then published.

Vanderwater, a member of the 1st District of Columbia Volunteers, was sentenced to three months of hard labor and a dishonorable discharge.

The 25-year-old Manning could get life in prison if he's convicted of indirectly aiding the enemy by leaking U.S. secrets while working as an intelligence analyst in Baghdad in 2009 and 2010. The government must prove at a trial beginning June 3 that Manning knew al Qaeda members would see what WikiLeaks published; and that he knew or should have known that the material he allegedly leaked could harm the United States or help a foreign power.

Another prosecutor, Capt. Angel Overgaard, cited the Vanderwater case among others Tuesday during the hearing at Fort Meade, near Baltimore. She said military courts have recognized that "publishing information in a newspaper" can "indirectly convey information to the enemy" and constitute aiding the enemy.

"There's been no case in the entire history of military jurisprudence that dealt with somebody providing information to a legitimate journalistic organization and having them publish it and that involved dealing with the enemy," Coombs said.

The issue arose during arguments over a government motion to bar the defense from using evidence of Manning's motive. The military judge, Col. Denise Lind, said she would rule on that motion at a hearing starting Jan. 16. Lind said she also will rule then on another prosecution motion seeking to block evidence that the U.S. government overclassifies information.

Coombs said barring such evidence would cripple the defense's ability to argue that Manning selectively leaked information he believed couldn't help the enemy. Manning allegedly told an online confidant-turned-government informant, Adrian Lamo, that he leaked the material because "I want people to see the truth" and "information should be free."

"It's very rare and there hasn't been anything in a long time -- and probably nothing in the Internet area," Frakt said.

He said it may be a stretch for prosecutors to cite a Civil War case, but he added, "Just because it's unprecedented doesn't mean they can't make their case."

On Wednesday, Manning offered to plead guilty to reduced charges for two of 22 counts he faces. Both allege violations of the federal Computer Fraud and Abuse Act. Lind may consider the proffers at a hearing starting Feb. 26, along with similar previous offers involving eight other counts. Coombs has said the pleas would enable Manning to take responsibility for the leaks. The reduced charges for the 10 counts would be military infractions with combined prison sentences of up to 20 years versus 100 years for the original felony charges.

Manning, of Crescent, Okla., is accused of leaking classified Iraq and Afghanistan war logs and more than 250,000 diplomatic cables while working as an intelligence analyst in Baghdad in 2009 and 2010. He also is charged with leaking 2007 video of a U.S. helicopter crew gunning down 11 men, including a Reuters news photographer and his driver. The Pentagon concluded the troops acted appropriately, having mistaken the camera equipment for weapons.