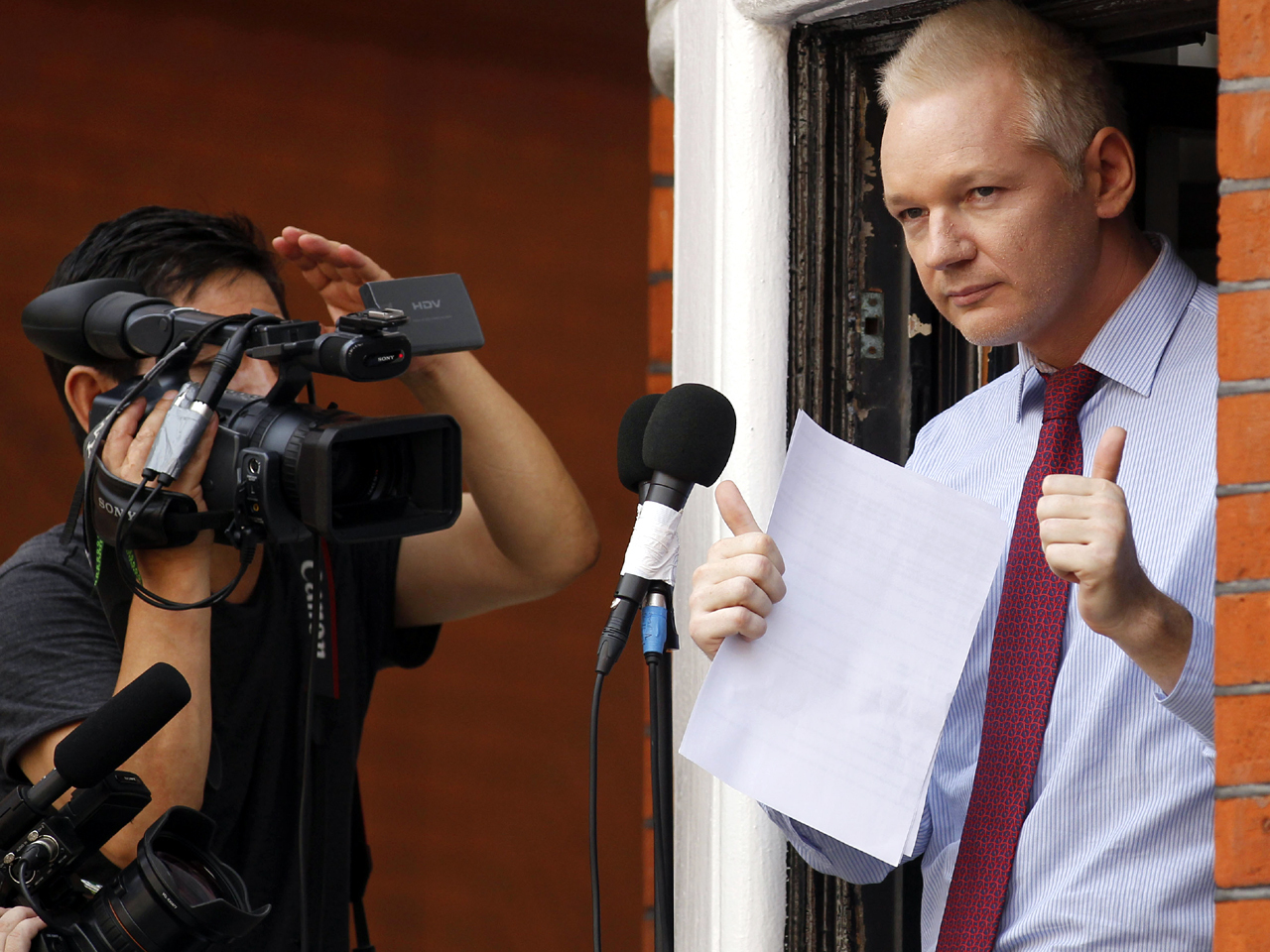 (AP) UNITED NATIONS - WikiLeaks founder Julian Assange plans to address a meeting on the sidelines of the U.N. General Assembly via a videolink from his hideout at Ecuador's London embassy, seeking to draw new attention to his efforts to avoid extradition to Sweden over sex crimes allegations.

Ecuador's mission to the United Nations said Tuesday that Assange was scheduled to speak Wednesday alongside foreign minister Ricardo Patino at a specially convened event to discuss his asylum case.

The Australian activist is seeking to avoid extradition to Sweden for questioning over sex crimes allegations and has been sheltered inside Ecuador's embassy in London — beyond the reach of British police — since he fled there on June 19.

Since then President Rafael Correa has granted Assange asylum, but he is unable to leave the country's tiny mission. If he steps outside the apartment-sized embassy, he will be arrested by police who surround the building.

Assange and his supporters claim that the Swedish sex case is part of a Washington-orchestrated plot to make him stand trial in the United States over his work with WikiLeaks, which has published thousands of secret U.S. diplomatic cables and other documents. Both Sweden and the U.S. reject that claim.

In his last public appearance, a speech in August from the balcony of Ecuador's embassy, Assange cast himself as the victim of an American "witch hunt" over his secret-spilling website.

British Foreign Secretary William Hague said that the U.N. was dealing with "much bigger issues" than Assange's fate, but acknowledged there was no current prospect of a resolution to the case in discussions with Ecuador.

"We agreed that we would continue to talk, and we will continue to talk about this issue with the government of Ecuador. But I see no sign of any break through," Hague told reporters at the U.N.

He said the U.K. had an obligation to uphold British and European law by sending Assange to Sweden. "This may go on for some time," Hague said.

Quito and London had clashed over the case, after the U.K. suggested that one potential option would be to invoke a little-known law to strip Ecuador's embassy of diplomatic privileges — meaning police would be free to move in and detain Assange.

Hague has insisted that diplomats have no intention of carrying out that action, and had simply been briefing Ecuador on all possible legal options.