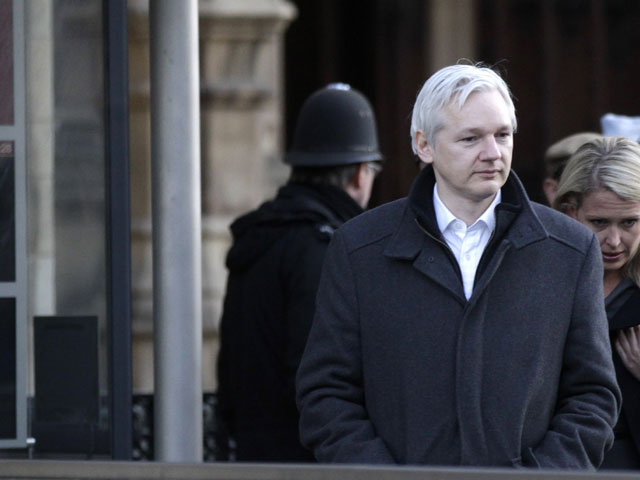 The court said a panel of three judges had considered a written submission and granted a two-day appeal beginning on Feb. 1, meaning there is no prospect of Assange being sent to Stockholm until at least next year.

In a statement, the court said it had "decided that seven justices will hear the appeal given the great public importance of the issue raised, which is whether a prosecutor is a judicial authority."

Assange's legal team argue that police and prosecutors, like the Swedish prosecutor seeking to bring Assange back to the country for questioning, are not a proper judicial authority, and shouldn't have the right to order extraditions.

Earlier this month, High Court judges John Thomas and Duncan Ouseley said Assange could apply to the Supreme Court to argue that point and seek to prove that Europe's process of carrying out extradition was flawed.

However, Thomas warned Assange that his chance of success "may be extraordinarily slim."

Assange, who leads the WikiLeaks anti-secrecy website, was accused of rape, coercion and molestation following encounters with two Swedish women in August 2010. Swedish authorities issued a European Arrest Warrant on rape and molestation accusations, and Assange was arrested in London in December 2010.

The 40-year-old denies wrongdoing and is currently on bail on the condition that he lives under curfew at a supporter's country estate in eastern England and wears an electronic tag.

Claes Borgstrom, the lawyer in Sweden representing the two women, said the decision would cause more strain for his clients, and predicted Assange would eventually face extradition.

"It is stressful for my clients that there is yet another extension," Borgstrom told AP by telephone.

"I assume that the Supreme Court will rule that Assange should be extradited according to the European Arrest warrant. If not, you can scrap it," he said.

In a hearing in London in February, Judge Howard Riddle had ruled that Assange can be extradited to Sweden to face questions about the allegations, rejecting his claims that he would not receive a fair trial there.

Assange appealed to the High Court, and will now take his legal battle to the country's highest legal authority, the Supreme Court. The hearing will be his last avenue in Britain to avoid extradition, though lawyers have said they could consider a further appeal to the European Court of Human Rights in Strasbourg.