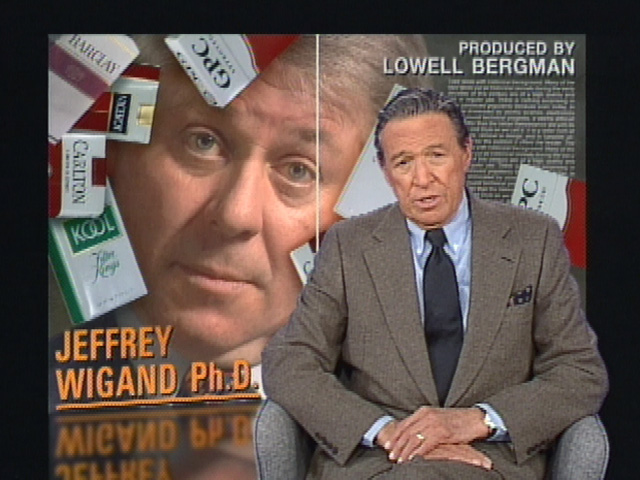 This week on the "60 Minutes" broadcast, we showed you our recent story about government agency whistleblower Tom Drake.

Whenever we broadcast a whistleblower story on "60 Minutes," conversation here often turns to the most famous and controversial whistleblower piece in the annals of "60 Minutes": Mike Wallace's interview with Jeffrey Wigand. Wigand was the tobacco company insider who blew the whistle on Big Tobacco in the mid-1990s, exposing the lies we'd all been told for decades about cigarettes.

Formerly a research scientist for Brown & Williamson, Wigand was the first major tobacco insider to reveal that cigarette companies were consciously trying to get us hooked on nicotine, despite tobacco executives' public statements to the contrary. What's more, Wigand told Mike Wallace that his former colleagues knew all along that their tobacco products contained additives that increased the danger of developing diseases.

The two-part "60 Minutes" story that aired in 1996 inspired a Hollywood film ("The Insider," starring Russell Crowe), countless articles, university lectures, and a whole lot of contentious debate inside and outside the offices of CBS News. It's not easy to find this archival video on the Internet or anywhere else, and we think it should be available as a piece of history for anyone to watch and discuss. So, here is Mike's two-part story, as it aired on February 4, 1996, in full.