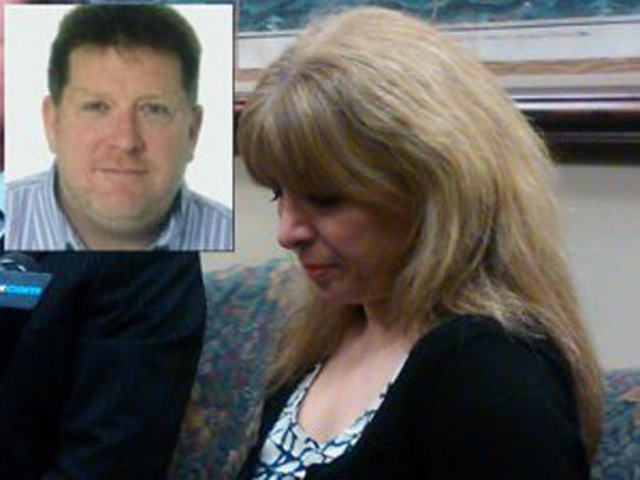 (CBS/AP) CARLE PLACE, N.Y. - The wife of a New York man who was reported missing at a beach and then turned up hundreds of miles away in Florida says she found emails in which he discussed faking his own death.

Evana Roth said Friday that her husband, Raymond Roth, had sent her son Jonathan emails referring to a possible plot.

Evana Roth provided copies of the emails at a news conference Friday. One email instructs Jonathan to call his father Sunday - the day after Jonathan reported him missing at Jones Beach - in Florida to update him on developments in New York.

Jonathan's report set off an extensive search. On Thursday, Roth got a speeding ticket in South Carolina.

Police say Roth has said he plans to return to New York, but he hasn't surfaced. His son's whereabouts are also unknown.

CBS New York reports that sources tell the station Roth had recently fallen on hard times, losing his job after allegedly threatening co-workers. He also put his house up for sale last week. Evana Roth said that since January, her husband has tripled his life insurance policy and that he executed a new will last week.

Now authorities are investigating whether the drowning was intentionally staged.

Det. Sgt. Thomas Duignan of the state park police told ABC News that although charges had not been filed against Roth as of Friday, "we do believe it will culminate in his arrest."