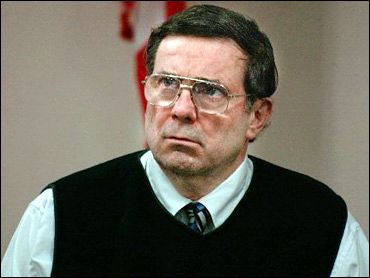 A judge sentenced a man to death for the murders of his fourth wife and a friend who prosecutors said helped him kill two previous wives.

Judge Everett Krueger on Wednesday followed the recommendation of the trial jury, which could have recommended life without parole for 54-year-old Gerald Hand.

Hand had said he would try to be a model inmate if sentenced to life in prison, and his son tearfully asked the jury to spare his father's life. "He's the only person I have left to guide me," said Robbie Hand, 25.

Hand was convicted Friday of killing his wife, Jill, 58, and friend Walter Welch, 55, last year at the couple's home north of Columbus.

Hand said he shot Welch in self-defense because he believed Welch was an intruder who had shot his wife. He denied involvement in any of his wives' deaths.

Donna Hand, 27, and Lori Hand, 21, died in 1976 and 1979 at the same house in Columbus. Prosecutors said Gerald Hand collected insurance money after each death. A third marriage ended in divorce.