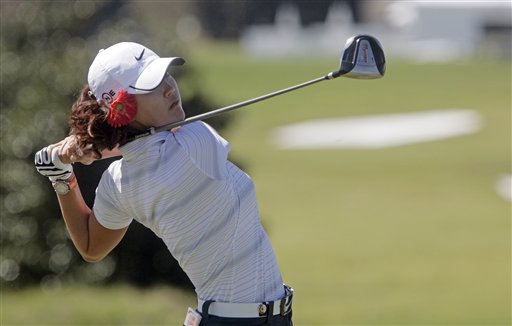 Michelle Wie has no doubts about where an Olympic gold medal would rank in the minds of professional golfers.

Wie is in Copenhagen to help convince the International Olympic Committee to put golf on the program for the 2016 Rio de Janeiro Games in a vote Friday. The 19-year-old American and Suzann Pettersen of Norway on Wednesday tried to dispel the notion that some golfers might view the traditional major championships as more prestigious than an Olympic gold.

Wie said, "I think it would be the highest achievement for any golfer, or for any athlete, to be part of the Olympics."

Golf and rugby both need a majority vote by the IOC to be included on the program for 2016.