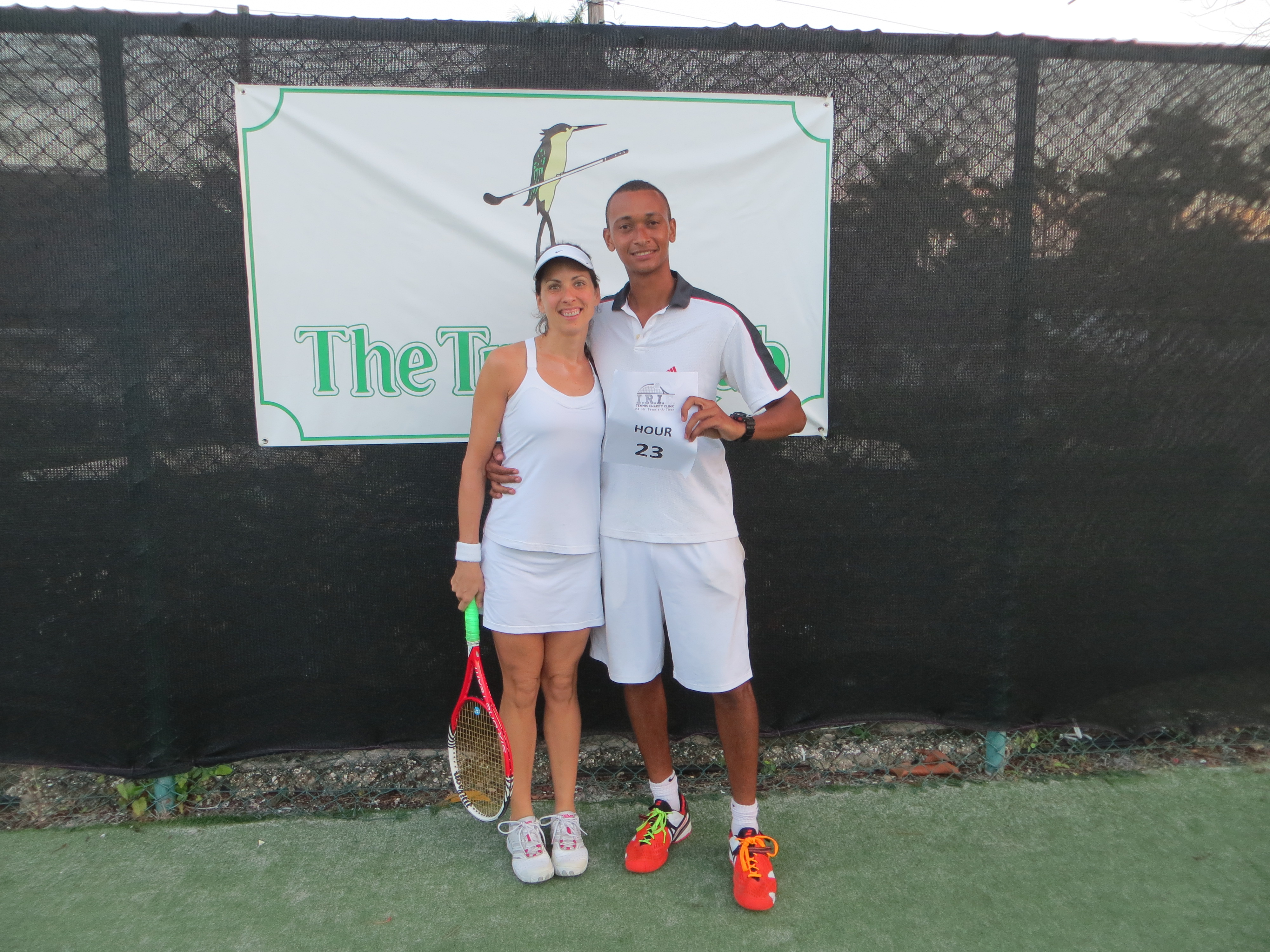 Winfried Weinbeer, a 23-year-old Jamaican native, saunters off the tennis court after a grueling 24 hours of play and dives face first into a plate of fresh papaya, pineapple, scrambled eggs and bacon.

As Weinbeer replenishes his energy stores with protein and simple carbohydrates, he explains what motivated him to play tennis for 24 hours straight.

Simply put, he did it for the kids.

"We wanted to bring enlightenment to our community. We're raising money for our charity, Tryall Summer Sports Camp."

Tryall Sports Summer Camp in Sandy Bay, Jamaica, spans six weeks over the summer and provides Jamaican kids as young as 5 years old with an opportunity to learn tennis, swimming and golf. The camp also offers an educational component, hosting tutors from New York City to help the kids lay a solid foundation in math and English.

For children who show promise, Tryall offers grants to kids who want to play tournaments throughout the year, says Richard Ferdinand, Tryall's director of guest services.

Tryall has high hopes for their kids -- and with good reason. One superstar who honed his skills at Tryall is Jamaican tennis pro Dustin Brown, who recently defeated world champion Rafael Nadal at the Gerry Weber Open.

Weinbeer credits Tryall Summer Camp for giving him his start in life. After participating in the camp and learning to play from Ferdinand, Weinbeer became very good at the game. So good that he was awarded a tennis scholarship which enabled him to travel and attend college in the United States. Now, he's working towards his Master's degree in Sports Sciences and Tourism Management from the University of Constance in Germany.

Back in Jamaica visiting family and friends, Weinbeer's first order of business was to make this 24-hour tennis clinic a reality.

Ferdinand says Weinbeer approached him two weeks prior to the event and said, "You know I just always wanted to do this 24-hour lesson -- why don't we do that?"

With each participant buying a one-hour game for $100, and sometimes playing doubles, they raised nearly $3,000 for the tennis summer camp.

"I know it's not a lot of money, but it's just to show some support that I came from there and I want to give back to where I came from," says Weinbeer.

Weinbeer credits the fun atmosphere created by participants and supportive fans -- not to mention Gatorade and plates of pasta -- for helping him make it through his tennis marathon.

He says he likes taking on personal challenges. "I think everyone has some personal challenges that they want to overcome. And, I am definitely the type that likes to challenge myself because it makes it more fun, and at the end of the day, what are you living for?"