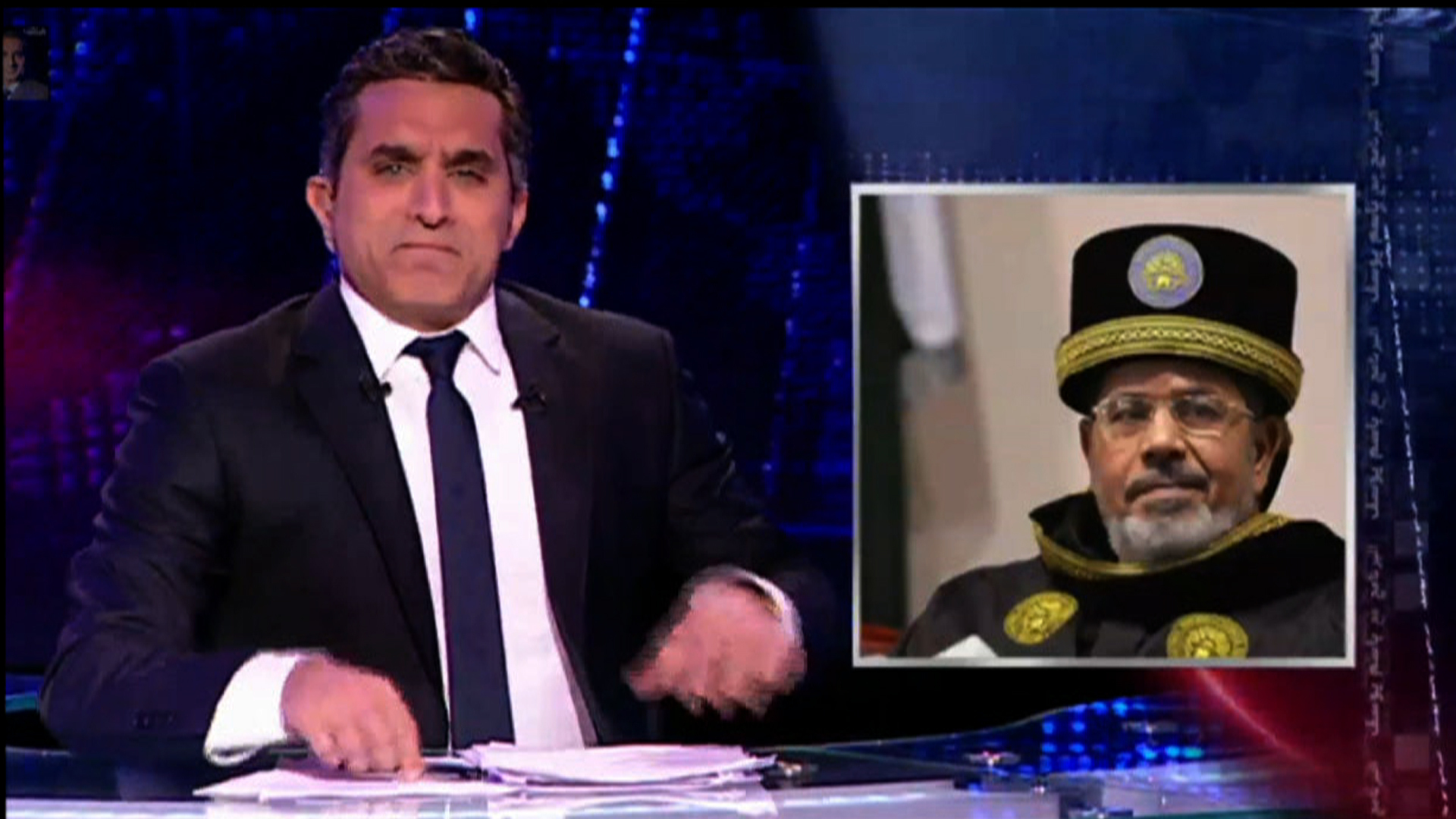 The U.S. Embassy in Cairo temporarily shut down its Twitter feed on Wednesday and deleted a tweet linking to a video of "The Daily Show," in which host Jon Stewart mocked Egyptian President Mohammed Morsi. The monologue about the arrest of an Egyptian satirist offended the Egyptian government and sparked an unusual diplomatic incident.

The embassy's Twitter account was deleted — and then restored minus the Stewart post — after Egyptian authorities objected to a tweet that contained a link to Stewart's Monday show in which he joked about the arrest of a high-profile satirist, Bassam Youssef, who has poked fun at Morsi, U.S. officials said. The officials spoke on condition of anonymity because they were not authorized to discuss the matter publicly.

In the clip tweeted by the embassy, Stewart came to the defense of Youssef and criticized Morsi for his arrest and interrogation as being undemocratic and petty. Youssef has been a guest on Stewart's program.

Replying to the embassy on Twitter, Morsi's office wrote, "It's inappropriate for a diplomatic mission to engage in such negative political propaganda."

The Twitter development comes as tensions between Washington and Cairo have soared in recent days over concerns that the Egyptian government is backsliding on the protection of human rights.

Secretary of State John Kerry said on Tuesday that Washington has "real concerns about the direction Egypt appears to be moving in," adding that Egypt is at a "tipping point." His comments followed a blistering riposte from Egypt's ruling Muslim Brotherhood to criticism of Youssef's arrest leveled on Monday by State Department spokeswoman Victoria Nuland.

Nuland spoke of a "disturbing trend" of growing restrictions on freedom of expression in Egypt, pointing to the questioning of Youssef and the arrest warrants.

"There does not seem to be an evenhanded application of justice here," Nuland added, saying the Egyptian government has been slow to investigate police brutality or attacks on anti-Morsi protesters and journalists.