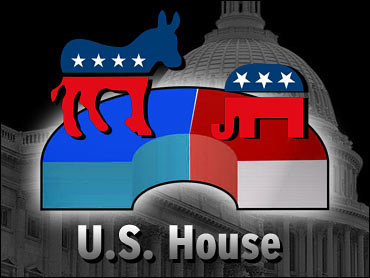 
When one political party controls all the levers of government power, it also carries the burden of responsibility for the state of the nation in voters' minds. The Republican Party learned this lesson the hard way in this year's congressional election. CBS News exit polls show an angry electorate that has taken its frustration out almost entirely on Republican candidates for office, while not a single Democratic incumbent lost a seat.

Sensing a dangerous national tide, Republicans had hoped to make this year's election about local issues. However, those leaving the polls said that national issues were more important in determining their votes by a nearly 2-1 margin. And most of the national issues cited by voters as important reflect the negative mood of the American public this election.

This change in voters' views of Iraq appears to directly reflect voters' evaluations of how George W. Bush is handling his job as president. In 2004, 51 percent of voters approved of Bush. Two years later that figure has also dropped to 41 percent, and 4 out of 5 of those critical of Bush voted Democratic.

If voters were only unhappy with Mr. Bush, Republicans might have been able to limit their losses in this election. However, 61 percent of voters also disapproved of the Republican controlled Congress – up from 49 percent disapproval in the 2002 midterm elections for Congress. And 7 in 10 of those disapproving of Congress this year cast their ballots for Democrats.

Throughout the campaign season, Democrats argued that Republicans in Congress represented a "culture of corruption." This theme appears to have resonated among voters. Forty-one percent of voters said that corruption and scandals in government were extremely important in their House vote, with an additional 33 percent saying the issues were very important. Those citing corruption and scandals as very important favored Democratic House candidates by 8 points, and those who said they were extremely important favored Democrats by 24 points.

This was certainly the case for suburban voters — a coveted demographic group in recent elections. In the 2002 midterm election, suburban voters favored Republican candidates 57 percent to 40 percent. This midterm, suburbanites went for Democrats by a slim margin, 51 percent to 48 percent.

The result of this pessimism was that independents made a key difference in determining control of the House this year. While in 2002 Independents were almost evenly split between Republicans (48%) and Democrats (45%), this year Independents favored Democrats by a whopping 18 points, 57% to 39%, easily providing the margin of victory across multiple contests.

David R. Jones is an associate professor of political science at Baruch College, City University of New York. He has published a book and several scholarly articles on American politics and voting behavior. He holds a Ph.D. from the University of California, Los Angeles.

The exit polls were conducted by Edison/Mitofsky Research for the National Election Pool among 13,208 voters nationwide as they left the polls on November 7, 2006. The margin of sampling error for the survey is +/- 1 percentage point for the entire sample.