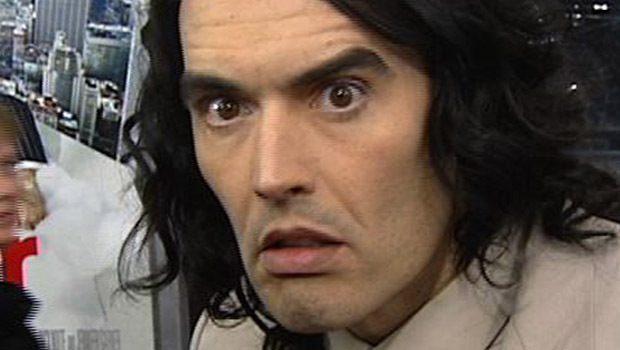 CBSNews.com caught up with Brand at the New York premiere and he told us about remaking the classic 1980s comedy.

Not surprisingly, some of his comments were lewd, including his explanation for being worried about meeting co-star Nick Nolte on the red carpet.

In a recent appearance on "Conan," Brand spoke of a scene in the movie in which Nolte repeatedly grabbed the comedian's groin.

"I'm worried," Brand jokingly revealed to us, "And I find it very difficult to relax on the red carpet because I'm forever waiting for Nick Nolte's big gorgeous monkey palm to come up and clamp me. You never know with Nicky Nolte."

Brand even compared himself to a character in an Steven Spielberg's 1975 blockbuster, "Jaws." Brand told us, "I suffered for this movie. You know, like the girl in 'Jaws', it really hurt her leg in the beginning, that bit.... I'm like the girl from 'Jaws.' But worse."