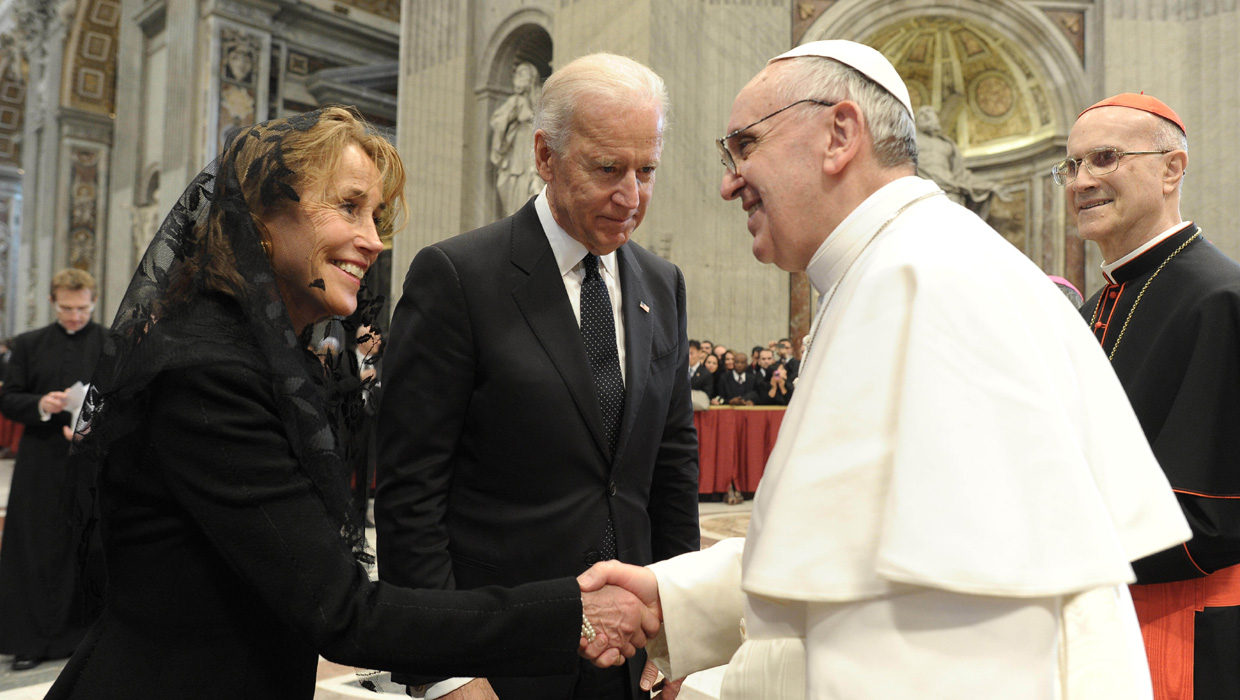 NEW YORK Joe Biden doesn't kiss up to anyone — whether a queen or a pope.

The vice president told a gathering of Irish-Americans in New York City on Thursday that as a young U.S. senator he was to meet the queen of England.

He remembers getting a call from his mother, who told him not to kiss the queen's ring.

Years later, when he was to meet Pope John Paul II, Biden says his mother told him not to kiss the pope's ring.

Biden, a Roman Catholic descended from struggling Irish immigrants, says his dad said it was "all about dignity."

Biden says his mother told him that no one is "better" than him. And while Biden should treat everyone with respect, his mother said her son should also "demand respect."