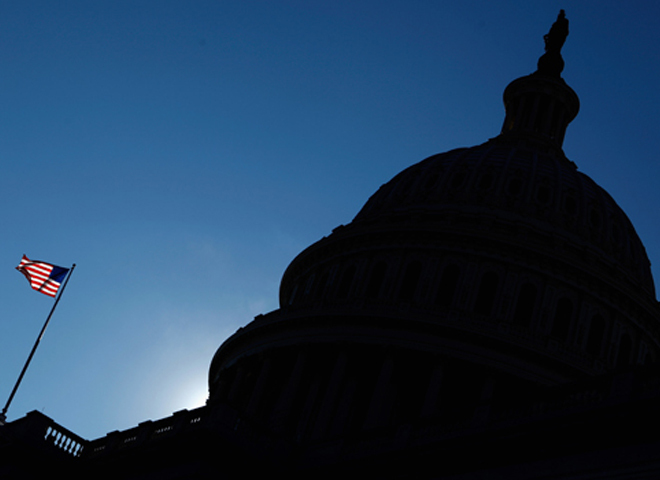 Congress is captive to the calendar.

There is no regular order, only regular disorder.

Disorder is here to stay, and we'd better start understanding where it came from, why it persists, and how to adjust to what will be an ever-tighter cycle of budget stalemates, flirtations with default, and high-stakes budget haggling.

That means shedding clichés about national consensus or national mood as it relates to Congress. No one in Congress wins or loses reelection based on national polls or generic-ballot comparisons. Especially not in October of an odd-numbered year. Democrats hold a 47 percent to 39 percent generic-ballot advantage over Republicans in the latest NBC News/Wall Street Journal poll, for example. Just for some historical context, let's look at the same poll taken a month before House Democrats lost 63 seats to Republicans in 2010. That survey showed Democrats leading Republicans 46 percent to 44 percent in the generic ballot. What's more, the same poll in October 2009 gave Democrats a 46 percent to 38 percent generic lead over Republicans.

Not only do things change in politics, national numbers obscure district-by-district truths and gloss over individual members' calculations about legislative votes.

At this stage of any congressional year, if members sift any national polling data, it's to find out how incumbents are viewed. Anti-incumbency waves are indiscriminate. Just ask former Democratic Reps. Jim Oberstar, Ike Skelton, and Gene Taylor (2010) or Republicans Nancy Johnson, Jim Leach, and Anne Northup (2006).

The incumbency news is not very good. When asked in the NBC/WSJ poll, "If there were a place on your ballot that allowed you to vote to defeat and replace every single member of Congress, including your own representative, would you do this, or not," 60 percent said yes. That same poll right before the 2010 election registered 45 percent.

Similarly, the Pew Research Center detects record-high anti-incumbent sentiment. Seventy-four percent of respondents now say they would like to see most members of Congress defeated, and 38 percent oppose reelection of their own representative. In 2010 and 2006, Pew's numbers were never higher than 57 percent on defeating most members of Congress. In 2006, only 25 percent opposed reelection of their representative. In 2010, that number was 29 percent.

When anti-incumbent sentiments are building, partisans get right with their base. That improves their chances of winning a primary, should there be one, and the general election, because their base will be focused and more motivated.

This matters very much in the House just now because the partisans are having their say. Back when defunding or delaying Obamacare was part of the shutdown saga, Pew found 77 percent of Republicans thought President Obama ought to agree to changes in his health care law. In the same survey, 75 percent of Democrats thought Republicans should agree to a deal that left Obamacare untouched. Even when respondents were asked if the only way to end the shutdown was to compromise, 58 percent of Democrats said it would be unacceptable for Obama to accept cuts or delays in Obamacare, and 54 percent of Republicans said it would be unacceptable to take any deal that didn't cut or delay the health care law.

Put another way, majorities in both parties would take a government shutdown over compromising on Obamacare.

Now, let's turn to the potential of default.

Sixty-three percent consider it a serious problem. But after two weeks of apocalyptic rhetoric about what default might mean for the U.S. and global economy, a small majority still fear raising the debt ceiling to avoid default more than they fear default itself.

In the NBC/WSJ poll, 41 percent said they were more concerned that Congress "will raise the debt ceiling and that federal spending will increase and the government will go further into debt as a result." By comparison, 37 percent said they were more concerned the government would default and not make "payments to Social Security recipients and government workers." This is in a poll with a 9-point split in Obama supporters over Mitt Romney supporters (44 percent to 35 percent). How do you think those questions poll among tea-party Republicans or in most GOP-held House districts?

Just for good measure, let's look at the same survey's take on Obamacare. Thirty-percent of respondents (remember the +9 Obama voter advantage) said they found the law to be a "good idea" while 43 percent thought it was a "bad idea."

This is not a commentary on tactics or legislative strategy on the shutdown or the looming default. It's abundantly clear there is no strategy. Legislative tactics are ad hoc. No one can count enough votes to move a bill in the House or the Senate.

This paralysis is a symptom of a deeper condition: polarization. The country disagrees on big issues. Even the trauma of a government shutdown isn't dislodging partisans. That means the lawmakers who represent these disparate points of view are not going to move voluntarily.

They have to be forced into compromise. What is the forcing mechanism? The crisis vise--a looming and politically frightening crisis that applies equal external pressure to entrenched partisans. The crisis vise forces compromise. It also creates enough public concern/anxiety that compromise is not considered an act of surrender.

The crisis vise is the common denominator in every budget saga.

Fear of a government shutdown led to nominal budget cuts in April 2011.

Fear of default led to passage of the Budget Control Act in August 2011.

Fear of the so-called fiscal cliff led this January to the first income-tax increase since 1991.

The vise is the only thing that has worked. There is no coming together. There is only external pressure.

Those compromises averted crises but did not please the partisans. If anything, partisans are more resistant to compromise than ever. The crisis vise may have limitations, just like antibiotics.

Fear of default is applying maximum pressure on the system right now. What we are seeing now--this week--is the potential limits of this pressure. That's the biggest story of the year, possibly of this entire era of divided government.

The specter of a government shutdown forced a compromise in April 2011. It didn't this month.

The shutdown is now 16 days old.

The threat of a government default yielded a debt-ceiling and deficit-reduction compromise in 2011.

Default is a day away.

The vise is all we've got.

Pity if it breaks.