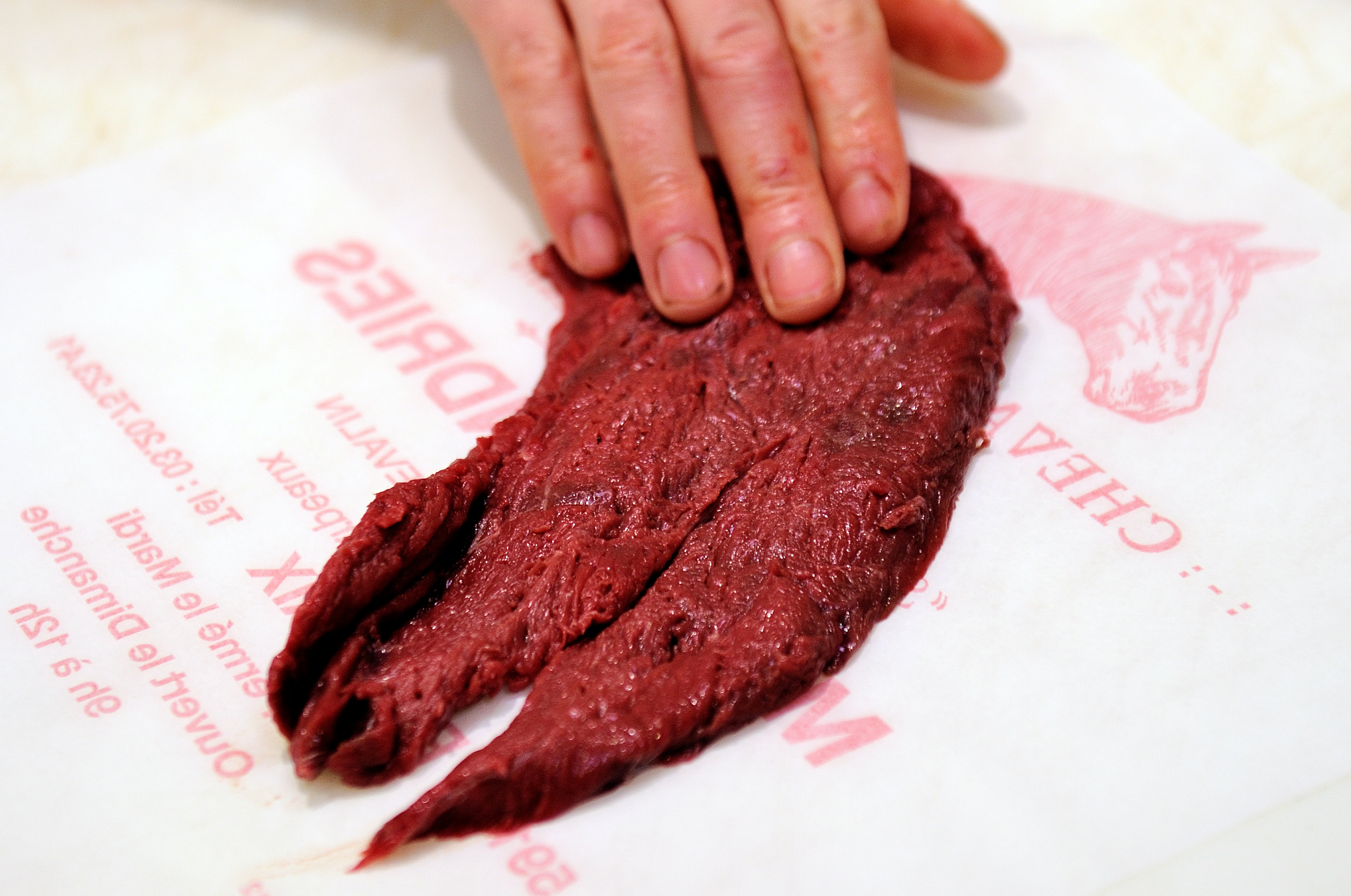 So far, Americans have not been touched directly by the scandal, since the companies involved do not export beef to the United States. But the anger over the discovery has raised the question: Why is eating horse meat considered taboo in some nations yet unremarkable in others?

In the United States, United Kingdom and some other nations, horse meat is largely reviled. Asked to explain why she would not eat horse meat, New York City resident Victoria Milton compared them to pets, saying that "people have horses and they love them and they're part of their family."

In many other nations, however, eating horse meat is no big deal - and in some cultures, it's even considered a delicacy. Mexico, Switzerland, Kazakhstan, Belgium, Japan, Germany, Indonesia, Poland and China are among the nations where many people eat horse meat without a second thought.

There was a time when Americans did not have quite so much compunction about eating horse: A World War II-era photograph published by the Seattle Times in 2010 shows men holding a sign advertising "U.S. GOVERNMENT INSPECTED HORSE MEAT - NOT RATIONED." Those two words at the end are key: While beef was being rationed by the government at the time, horse meat was not. In the 1940s and 1950s, according to New York University professor of Food Studies Marion Nestle, there was a de facto "black market" for horse meat in which people would go into pet food stores to buy horse meat for their own consumption, viewing it as an inexpensive and tasty alternative to beef.

Anne Bellows, a professor of food studies at Syracuse University, said that food taboos "adjust themselves to circumstances." She argued that when cultures are facing hard times, taboos tend to go out the window. "Sometimes the choices we make are related to how needy we are," she said.

While Americans have largely avoided horse meat except in lean times, U.S. plants were slaughtering horses for food as recently as 2006. More than 100,000 horses were slaughtered for food that year, mostly for export to Europe and Asia. The United States soon after effectively banned slaughtering horses for food by preventing tax dollars from being spent on horse meat inspection. (The ban lapsed in 2011, but no money has been allocated for new inspections.) Against the wishes of animal rights activists, horses are still being shipped to Canada and Mexico for slaughter and, in many cases, human consumption.

One reason that horses have never been used primarily for food, Bellows said, was economic: A young horse had more use as a worker or mode of transportation, and once the horse got too old to work its meat was not particularly desirable. (Glue is another story.) Horses are also not particularly efficient in converting grass and grain into meat, which diminishes their desirability as food.

But the taboo in the United States is also tied to the perception that horses fall into or near the category of pets with distinct personalities. It's a perception that was reinforced in popular culture with television shows like "Mr. Ed" and the novel and film adaptations of "Black Beauty."

"We have this whole western thing where the horses were part of the whole western culture and the frontier," said Nestle. "And this whole romantic cowboy stuff. You don't eat your cowboy pets."

Compared to beef, there are not significant health risks to eating horse meat - indeed, there are those who hail it for being "low fat, full of protein" and delicious. Those who have eaten horse meat describe it as slightly redder, softer and sweeter than beef, though the differences are not glaring. In continental Europe, it is often made into sausages or cooked as a steak. (There are some concerns about the presence of a anti-inflammatory drug called phenylbutazone or "bute" in horse meat, though the risk from consumption is said to be very low.)

Horse meat is far from the only food taboo, of course - Many Islamic and Jewish people do not consume pork, for example, and most Americans would not eat cats and dogs - though humans appear to be the only animal that shies away from eating certain animals out of some sort of moral obligation.

James A. Serpell, director of the University of Pennsylvania's Center for the Interaction of Animals and Society, said "it's very difficult to think of a completely rational" argument for why certain animals are deemed acceptable to eat while others aren't.

"We have this tendency for a kind of morality that we apply to human beings to leach out to other species," he said, "and then the criteria for which it leaches out to is seemingly rather arbitrary."