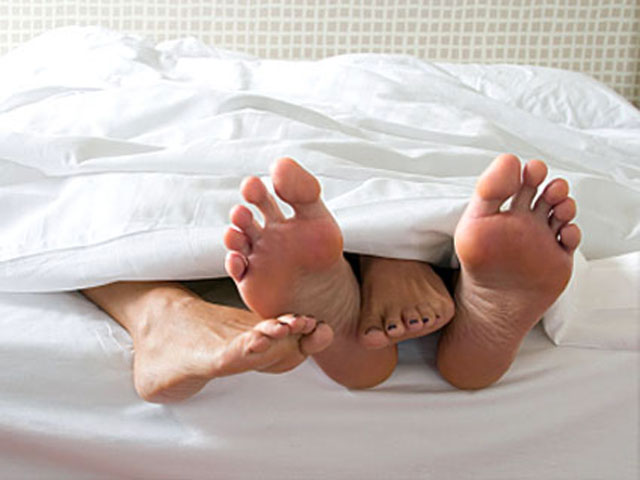 A provocative new study suggests another reason women fake it: to keep a man faithful.

"One particular reason that emerges from a lot of studies is 'to keep my partner interested in this relationship,' or 'to prevent him from defecting [from] the relationship or leaving the relationship for another woman,'" study lead author Dr. Farnaz Kaighobadi, a postdoctoral research fellow at Columbia University in New York City, told Live Science.

For the study - published in the Nov. issue of Archives of Sexual Behavior - researchers surveyed 453 heterosexual women in the Southeastern U.S. who were in long-term relationships. The researchers found that 54 percent of the women admitted to faking an orgasm. A closer look showed women who thought their partner might stray were more likely to report faking. What's more, these women were more likely to engage in other "mate-retention" behaviors, like dressing to please or keeping tabs on their partners when they're apart.

"Pretending orgasm may be part of a broader strategy of mate retention available to women to maintain their intimate relationship," Kaighobadi told CBS News.

Kaighobadi suggests that faking an orgasm to keep a mate from straying may be an evolutionary adaptation. Previous research suggests when a woman has an orgasm, it may cause her body to retain sperm for child-bearing. The evolutionary theory suggests faking an orgasm unconsciously might help a woman retain the sperm of a man with "good genes," giving her the best chance to have a healthy child.

Essentially, women may use faked orgasms to signal to their partner that "I am selecting you," thus manipulating his commitment.

"Commitment manipulation is a mate retention strategy used more often when the risk of partner infidelity is higher," Kaighobadi told CBS News in an email.