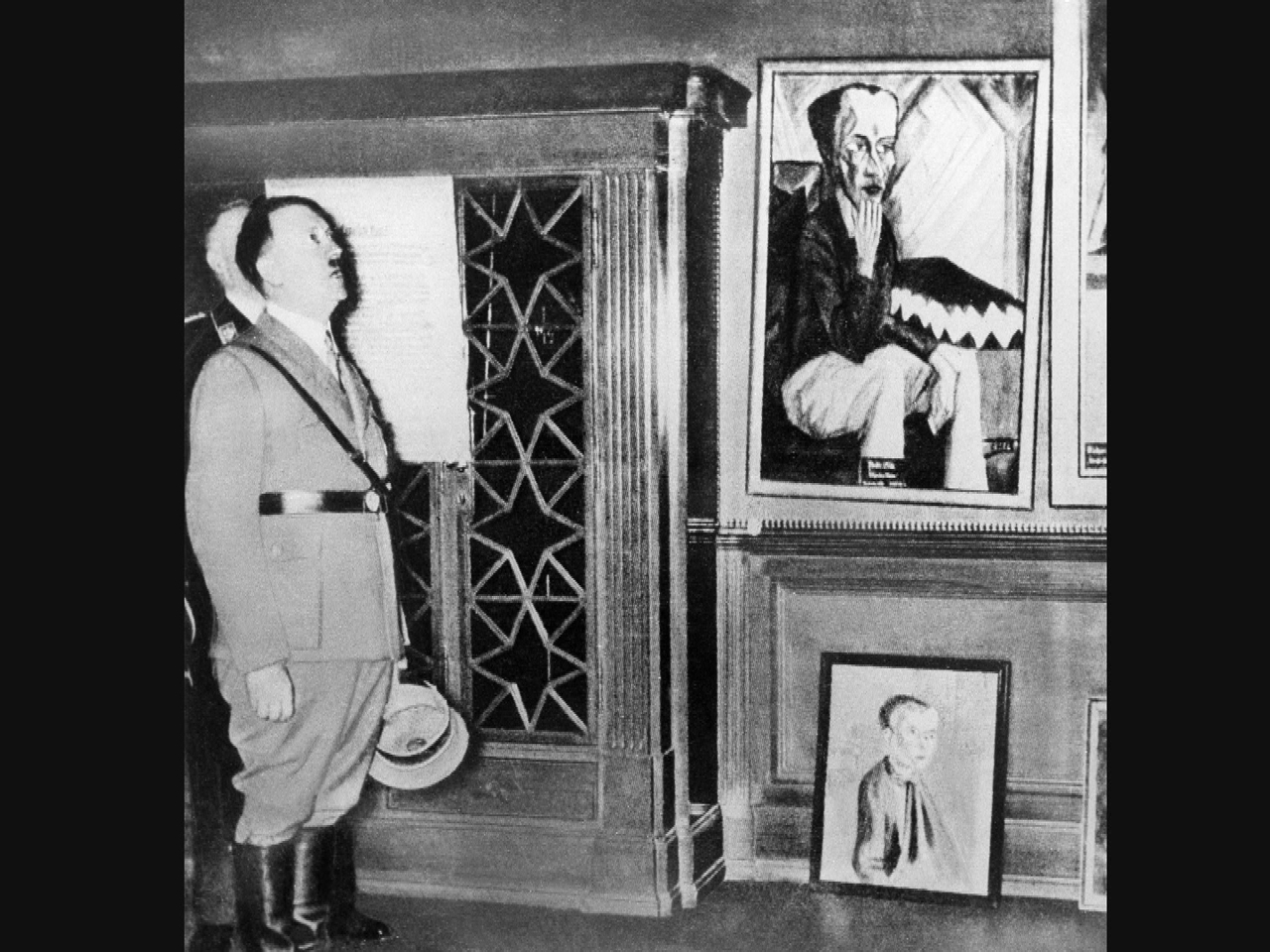 Morley Safer went to Munich this week to look at art--"degenerate" art. That's how Adolf Hitler described much of the artwork of the modernist movement, which flourished in Germany in the aftermath of World War I.

"The art speaks for itself," Safer tells 60 Minutes Overtime. "You can see why those small-minded people would consider it degenerate. It's very tough, it's brutal, it gets your attention, and it has a political tone to it-- and the political tone is essentially anti-war."

Hitler and his inner circle hated modern art so much, they seized more than 16,000 works of so-called degenerate art from museums throughout Germany and organized an exhibition in 1937.

The exhibition featured 650 works of what the Nazis deemed "monstrosities of madness." The point was to shame the artists and convince all Germans that modern art was a perversion created by sick minds.

At the show's first exhibition in Munich, it attracted more than two million people, and over the next three years, it would travel to a dozen more cities. Safer says it was one of the most well-attended exhibitions in German history.

"At the center of it was anti-Semitism," Safer says, "because a lot of the collectors of that cutting-edge art were Jews who saw the value of this, if you like, brutal commentary on the era."

Safer suggests another motive behind Hitler's attack on modern art: he was a failed artist. Twice, a young Hitler applied to the Academy of Fine Arts in Vienna and twice he was rejected.

"His paintings were nothing brilliant, but they were OK. However, he did not make the cut and I think he lived a life of resentment," Safer says. "People have speculated, 'If only he had gotten into the academy, we may have saved several million lives.'"

In Mozambique's Gorongosa National Park, not just the animals are thriving
Thanks for reading CBS NEWS.
Create your free account or log in
for more features.
View CBS News In
CBS News App Open
Chrome Safari Continue
Be the first to know
Get browser notifications for breaking news, live events, and exclusive reporting.