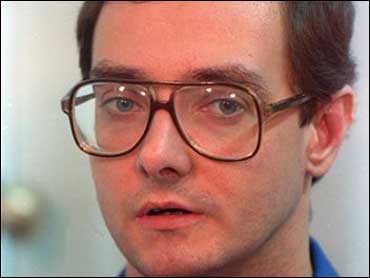 A brakeman who bodyslams? A "grandma" on ice? A stockbroker on turn four?

At the start of every Winter Olympics, the focus of attention is largely on the leading gold-medal contenders. Yet, as the Games progress, the eyes of fans often light upon some unlikely heroes. In the past we've seen an Eagle named Eddie and a bobsled team from Jamaica rouse fans as heartily as any perennial Olympic power. While they may be lacking in experience or even skill, they throw themselves into their endeavors with determination, gusto, and most importantly, with style.

Here's a look at some of the soon-to-be fan favorites competing at this month's Winter Games in Nagano:

Anne Abernathy Luge, U.S. Virgin Islands
Dubbed "grandma luge" by a fellow competitor, Anne Abernathy, is an unlikely entrant for two reasons: at 44, this three-time Olympic luger, is potentially the oldest woman to complete an Olympic event; and secondly, Anne competes under the banner of the U.S. Virgin Islands, where most of the ice is found in tumblers and topped by a splash of rum.

Inspired by a brief ski trip to Lake Placid, Anne returned several years later to participate in a grass-roots training program there. She was then invited to train with the U.S. team, but Abernathy, a lifelong resident of the St. Thomas, chose to represent the Islands.

Anne's first love is singing. She spent one year training with the Nuremberg Opera before attempting a career as a professional singer. Her career highlights include a stint at the Sands Hotel in Las Vegas and the soundtrack for a Doublemint Gum commercial.

Abernathy has worked as a computer programmer for America Online while competing in three previous Olympic Games. She left AOL last year to train full-time and hopes to be on the podium come medal time.

Chip Minton Bobsled, United States
While you may know him better as "Mr. World Class: The Greatest Athlete of All-Time" on the World Class Wrestling circuit, this part-time wrestler is a full-time U.S. bobsledder. A fixture in driver Brian Shimer's two and four-man sleds, Minton won a bronze medal with Shimer in last year's World Championships.

A former bodybuilder and riot guard at the Central Corrections Institution in Macon, Georgia, Minton got his start in wrestling after the 1994 Games, when he was noticed by promoter Ric Flair. And while you can take the boy out of the ring, you can't seem to take the ring out of the boy. Minton's steady stream of trash-talk is a novel addition to the bobsled circuit. Rare is the interview that is not punctuated with the declaration "We're going to kick some European ass, Japanese style."

Misha Shmerkin Figure Skating, Israel
While the sraelis have carved an oasis out of a desert, the Middle East is hardly a hotspot for figure skating. However, skating's newest ambassador, Misha Shmerkin is determined to change all that. Shmerkin was already a distinguished skater when in 1989 he decided to immigrate to Israel from his native Russia. Upon his arrival, he announced himself to the mayor of Metulla, home of Israel's primary skating rink. Israel funded this one-man team and Shmerkin finished 16th at Lillehammer.

But Shmerkin's most triumphant professional moment was also his most tragic personally. He reached the medal stand at the Skate Canada competition in 1995 only hours after the assassination of Israeli Prime Minister Yitzhak Rabin.

Armen Rafayelyan Freestyle Skiing, Armenia
Born of an Armenian father and an Armenian-Russian mother, this 19 year old spent much of his young life in Russia. Introduced to skiing at the age of three by his father, a domineering man who demanded excellence at all times, Armen was forbidden from "snowplowing", the traditional beginner's technique.

By age ten, he was competing at the regional level in the downhill. He was soon recruited for the newly formed Soviet Freestyle Program. A natural at mogul skiing, Armen was the Russian champion at the tender age of 16.

A broken ankle suffered in 1995 left him bedridden and without sponsorship; the Russian World Cup coach had long disliked Armen and used the injury as an excuse to drop him from the team. On the verge of quitting the sport, Armen's family encouraged him to travel to the U.S. and join friend and fellow freestyler, Johnny Mosley, in Squaw Valley. There Armen rejuvenated his career training with the Squaw Valley team.

Estranged from the Russian ski program, Armen chose to represent the home of his forefathers, Armenia. No longer provided for by the Russian athletic machine, this one-man team is funded solely by family and friends.

Keith Sudziarski Bobsledding, U.S. Virgin Islands
The Virgin Islands' bobsled campaign began in Calgary in 1988; yet, it was overshadowed by the performance of its Caribbean neighbors, the Jamaicans. Nagano will be the Islanders' fourth Winter Games and they are looking to be more than just a humorous sideshow.

At the helm will be Keith Sudziarski, who piloted VI1 to a 39th place finish at Lillehammer. He represents the second generation of Islands bobsledding, a younger and more dedicated lot than their fanciful forebears.

Sudziarski, along with two fellow sledders, began Señor Pizza, a delivery service, to fund their Olympic dreams. They have recently received aid from a generous New Jersey produce importer, allowing them to invest in state-of-the-art sleds and training facilities.