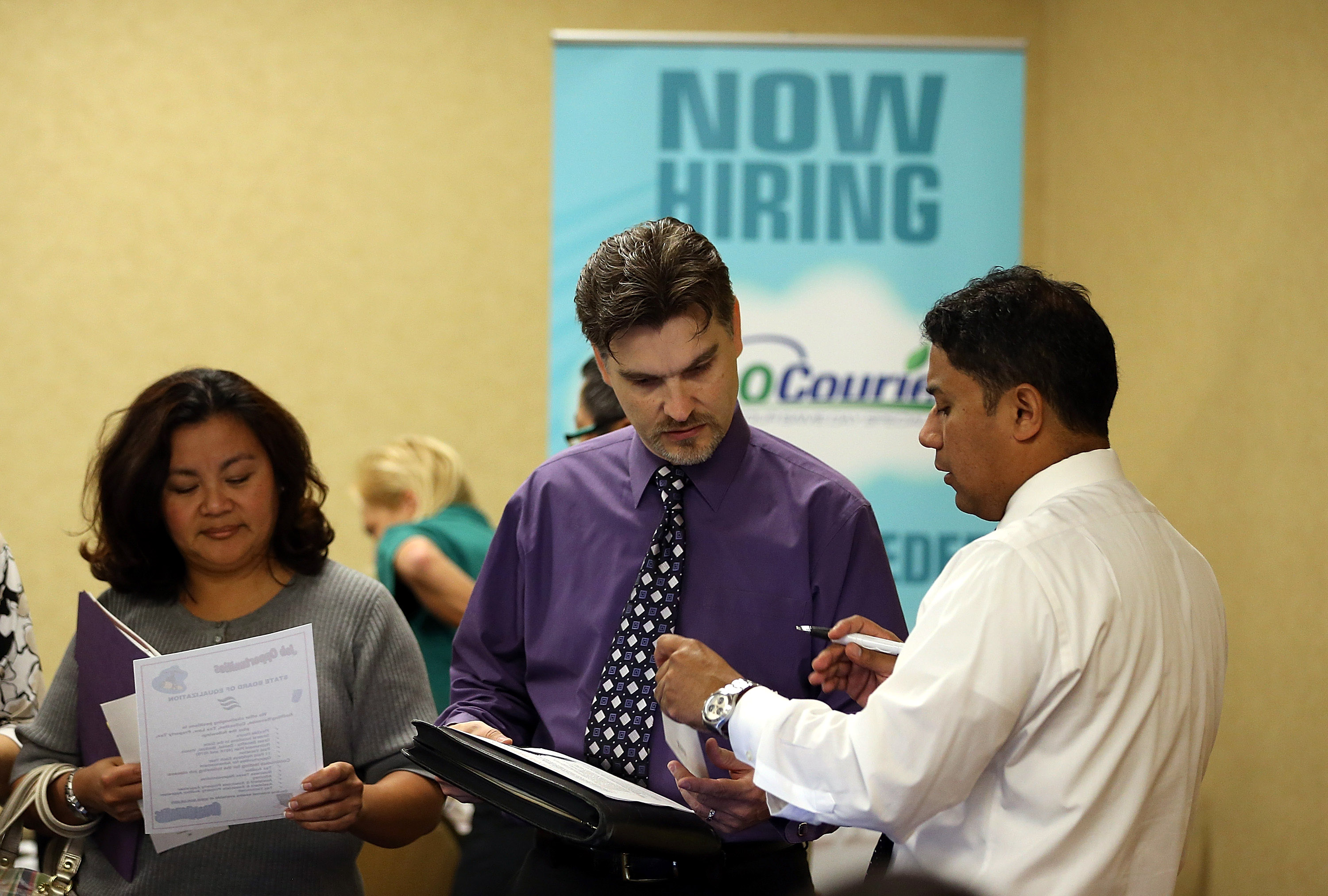 I'm not an economist.

I don't even pretend to be one on television.

But something has been nagging at me through the aftermath of the Great Recession, and it's the labor-force participation rate, which enumerates Americans who have a job and Americans who want a job. The LFPR has fallen from 66 percent t o 62.8 percent since the Great Recession began. That accounts for 12.6 million people leaving the workforce, according to the Federal Reserve Bank of Atlanta.

When the national jobless rate fell from 7 percent to 6.7 percent, much of the decline was due to Americans leaving the workforce. The Wall Street Journal's Market Watch grimly noted the LFPR for December 2013 was 62.8 percent. That matched October's data and heralded the lowest LFPR since 1978. You can see the trend since 1990 here.There are component parts to this story. A quick scan of Labor Department data reveals the following:

This sounds and looks like a calamity. For those looking for work, it is that and more—particularly if Washington does not extend and retroactively provide long-term jobless benefits.

But is this a harbinger of a new, gruesome economic normal of laid-off workers who can't find work, young Americans clinging to college and post-graduate work—adrift in a jobless future, piling up debt? Or is it a statistic that looks alarming but is really benign—a statistical brew of trends in aging, schooling, retraining, and life choices that's frothy and mysterious but no more distasteful than Guinness served too cold?

It seems an important question. The LFPR and what it says about our economic future will likely loom large in the mid-term elections and could well be a heavily debated part of President Obama's economic legacy—thus a springboard to the national economic conversation in 2016.

Statistics can lead you in many directions, not all of them revealing. Questions bedevil.

What's happened and what is happening to these young workers trying to find their way into entry-level jobs or land that first job out of college?

How about older Americans? What do the statistics tell us about LFPR and choices to retire or remain in the workforce or return to the workforce after testing the retirement waters? Again, it's a bit of a puzzle.

I posed these questions to the White House and top economists Mark Zandi, chief economist for Moody's Analytics, and Douglas Holtz-Eakin, former director of the Congressional Budget Office.

"I think this is a big deal. Because of its decline, the employment-to-population ratio (the fraction of the population working) is now lower than before the recession started. There are two pieces of this decline that we understand: retirement of the baby boomers and bad job growth. And there is one countervailing force—the rise in the LFPR of women—that has stopped in recent years. But the remainder is unexplained and deeply troubling."

By his reckoning, the retirement of baby boomers accounts for only one-third of the decline in LFPR.

I asked Zandi about discouraged workers or those who want a job but simply can't find one.

"These discouraged workers will begin looking for work again and enter the labor force once unemployment falls another percentage point and wage growth begins to pick up. They won't even begin looking for work until they feel that they can find a job that pays for commuting costs and childcare. A good number of these discouraged workers also probably previously worked in housing-related industries and live in areas of the country where there are fewer other job opportunities. But as housing activity continues to improve, these people will be enticed back into the workforce by jobs that are more suited for their skills."

I referred Zandi to Holtz-Eakin's concerns that the LFPR data simply isn't that clean and that retirement alone cannot account for such a large part of the economic puzzle.

"I agree with Doug that the factors driving the decline in participation aren't fully understood. The academic research on the topic generally shows that retirement is the most significant factor, but what is behind the rest of the decline in participation is a matter of legitimate debate. I proffered a couple of factors that I think are at work, but there are other factors, some of which we understand (e.g., the decline in 16-24 participation is due in large part to young people going back or staying longer in school), and others that we don't completely understand. As such, I don't think labor force participation will be a serious issue a few years from now, but I can't say that with complete conviction."

Where is the White House on this?

Extensive conversations with a top Obama economist, whose candor came in exchange for anonymity, yielded the following observations.

But what about the decline in LFPR among young Americans? Is this a worrying trend?

"Some of what we're seeing in the growth of 16-to-24 year olds out of the labor force is associated with the weak labor market, but a good amount of this is due to increased schooling," the White House economist said. "While we're seeing fewer 16-to-24 year olds combining work and schooling, there's been a rise in full-time enrollment at school, and the change in total enrollment has been positive over the last five years."

What about the rise in workers 55 to 64 and older than 65? Doesn't that argue against the notion that most of the national decline in LFPR is driven by baby boomers hitting the hammock or the fairways?

Another senior White House economist took a swing, metaphorically, at this question. The answer conforms, generally, with Zandi's and Holtz-Eakin's understanding of baby boomer heft as they move through the data on work, retirement, and LFPR. The basic explanation is the number of retiring baby boomers is so large it tilts the data, obscuring among baby boomers who decide not to retire or who return to the workforce after discovering—incroyable!—retirement is a crashing bore.

The metaphor is right up my baseball-loving alley. I leave it to trained economists to judge its analytical and explanatory value.

But why are older Americans working? Are they bailing out children who can't find work, are riddled with college debt, or because they were torpedoed by the Great Recession?

This is also a topic at the White House, and economist No. 1 (for lack of a better designation), offered the following:

"All of the evidence on the upward trend in participation among older workers indicates that this is a positive development. The literature points to rising education, higher paying and less physically demanding jobs, increased attachment of older women to the labor force, and better health as the main forces responsible for this upward trend. Remarkably, more than a quarter of retirees will un-retire at some point, not due to financial necessity, but because they find work more rewarding and enjoyable than retirement. Some commentators have speculated that the increased participation of older workers has been driven by losses of wealth during the Great Recession, but the research that has investigated this finds that these declines in wealth were concentrated among the richest households and that the data show no impact on labor-market behavior. "

No economic conversation, as I have discovered, is ever complete or salted with every grain of statistical context.

The numbers don't lie about historic levels of long-term unemployment or involuntary part-time work. Discouragement among workers, particularly the young, is not merely anecdotal. It's in the data. And older workers are retiring, and that's a big chunk of the decline in LFPR. How big a chunk? The data is opaque and economists genuinely differ.

Holtz-Eakin thinks it unwise to mark it all, or mostly, to retirements and young workers simply finding college more attractive—either as undergrads or grads. Zandi considers it more benign, and the White House sees behavioral explanations behind the trends that don't portend prolonged economic blight—especially considering the downward trend in short-term and long-term joblessness. And the White House concedes the business cycle remains slack and more jobs with higher wages must appear to pull into full employment those who have given up, those who are looking, and those stuck in part-time jobs.

As I said at the top, I'm not an economist.

And after this exercise, I damn sure won't ever try to play one on television.